Skip to main content
Home / Patient Stories / I Thought My Symptoms Were Caused by My Leg Cast: Jody’s Story

I Thought My Symptoms Were Caused by My Leg Cast: Jody’s Story 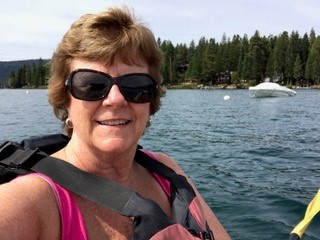 I Thought My Symptoms Were Caused by My Leg Cast: Jody’s Story

After I broke a bone in my foot, I was put in a leg cast up to my knee. I was told to keep it elevated, don’t put any weight on it, and rest. Ten days later, I began feeling lightheaded and my cast was feeling tighter, so I went to the doctor, and they put on a new, looser cast. That night, I came very close to passing out on my crutches, and I fell. I was miserable. My thigh and my calf were aching, and my feeling of being lightheaded was getting worse. My left thigh was very swollen and warm to the touch. I thought this was all just part of having a cast. I didn’t know that these were symptoms of something that could take my life!

After some gentle prodding from friends, I went to the doctor that day. I had a sonogram that revealed a blood clot (DVT or deep vein thrombosis) running from my femoral vein in my groin down to my calf. From there, I went to the hospital, where I was also diagnosed with a blood clot in my lung (PE or pulmonary embolism). If not treated, a PE can quickly lead to death. I was admitted to the hospital where I spent three days. I was taught to give myself blood thinning injections in my belly, and they did tests on my heart to see how it was being affected by the PE.

After returning home from the hospital, I began to recover slowly. I finished the injections and am now taking oral blood thinners, which I will be on for months. They removed my plaster cast and gave me a Velcro boot that is adjustable. I’m still under orders to put no weight on my foot. I’m still lightheaded now and then, but it is improving. My energy level comes and goes.

Through all of this, I know that this event could have been so much worse! I am grateful to be alive and want you to know that you can prevent this from happening to you. If you have to be immobile for a long period of time, talk with your doctor about what you can do for blood clot prevention. If you fly, wear compression socks and walk around inside the plane every 1-2 hours. Learn more about blood clots, because it might just save your life.