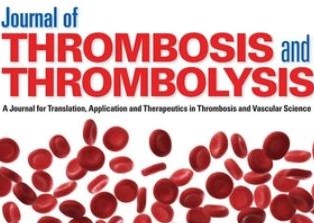 An important new study published this month in the Journal of Thrombosis and Thrombolysis promises to help healthcare providers and patients alike better compare the differences between two commonly prescribed anticoagulants for the treatment of venous thromboembolism (VTE) or life-threatening blood clots like deep vein thrombosis (DVT or a blood clot in the leg) and pulmonary embolism (PE or a blood clot in the lung).

The National Blood Clot Alliance (NBCA) has been a key stakeholder involved with this research, serving on the Study Advisory Committee to offer input about patient perspectives to the core research team that implemented this study, and helped guide the survey development.

“Only a few studies have compared whether patients with VTE are more satisfied taking the newer DOACs, which were introduced within the past ten years, versus the older treatment warfarin, which has been in use for many decades,” says Margaret Fang, lead study investigator, Medical Director of the UCSF Anticoagulation Clinic, Professor of Medicine in the Division of Hospital Medicine at UCSF, and a member of NBCA’s Medical & Scientific Advisory Board. “We surveyed a large group of people taking anticoagulants and showed there are differences in the way patients experience these medications.”

In this study, funded by the Patient-Centered Outcomes Research Institute (PCORI), the researchers surveyed 2,217 individuals prescribed anticoagulation therapy, with 969 of this group having been prescribed a DOAC and 1,248 of this group having been prescribed warfarin. This group of adults aged 18 and older were enrolled in two large integrated health systems – Kaiser Permanente Northern California and Kaiser Permanente Southern California – and had completed an initial treatment course of oral anticoagulation after being diagnosed with acute VTE between January 1, 2015, and June 30, 2018.

To evaluate the treatment satisfaction among this group, the researchers used the Anti-Clot Treatment Scale© (ACTS), which is divided into two subscales: the ACTS Burdens and ACTS Benefits scales. The ACTS Burdens scale assesses challenges with anticoagulation, and the ACTS Benefits scale assesses confidence and reassurance in the anticoagulation therapy. Higher ACTS scores indicate greater satisfaction with treatment. 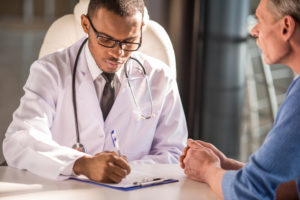 Compared to the study respondents prescribed warfarin, the survey respondents prescribed DOACs were, on average, younger, more educated, and had a higher household income. The DOAC survey group also were more likely to have been diagnosed with a blood clot in recent years, demonstrating the increased uptake of DOACs over time. Further, more DOAC users surveyed reported a history of switching to a DOAC from another anticoagulant (42.9 percent) compared to just 9.5 percent of warfarin users. Two main reasons for switching reported by these DOAC users were convenience (40.6 percent) and interactions with other medications they were prescribed (13 percent).

While the primary objective of this study was to compare treatment satisfaction between DOAC and warfarin users, the researchers also did find differences in treatment satisfaction among several sub-groups of the survey respondents. For example: women and younger people perceived a greater burden stemming from anticoagulant treatment, regardless of whether they were prescribed a DOAC or warfarin. Also, the need to seek medical attention for bleeding incidents related to anticoagulation therapy was associated with greater perceived burden and reduced benefits.

Most importantly, the findings of this study can help clinicians and patients better understand and discuss these two commonly prescribed treatment options and explore the relative benefits and burdens.

The study is available online here: The Journal of Thrombosis and Thrombolyisis.

Questions about the study and its results can be referred to: margaret.fang@ucsf.edu. 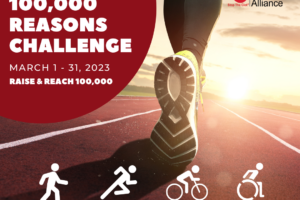 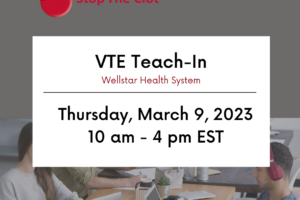