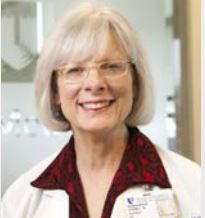 Estrogen does not cause blood clots, but it does increase the risk by several-fold. Birth control pills, the leading method of birth control in the United States, increase the chance of developing a blood clot by about three- to four-fold. Most birth control pills contain an estrogen and a progestin (synthetic progesterone). Estrogen and progesterone have many effects on a woman’s body. They are the hormones that sustain pregnancy and, when given in the form of birth control pills, imitate, and, therefore, prevent pregnancy. Estrogen also increases the levels of clotting factors and is assumed to be responsible for the increased risk of blood clots during pregnancy.

Women with thrombophilia or a history of thrombosis who are not taking anticoagulants have fewer choices, but alternative methods are available. One alternative is progestin-only contraceptives. Progestin-only contraceptives include progestin-only birth control pills such as Micronor®, Nor-Q.D.®, and Ovrette®; the levonorgestrel (Mirena®) intrauterine device (IUD); every 3-month injections of medroxyprogesterone acetate (Depo-Provera®); and the new, 3-year implant (Implanon™). While progestin in the higher doses used to treat abnormal vaginal bleeding has been shown to increase the risk of thrombosis five- to six-fold, progestin in the doses used in contraceptives has NOT been shown to increase the risk of deep vein thrombosis or pulmonary embolism.

If a woman is on anticoagulation and experiences heavy menstrual bleeding, the full range of treatments may be tried. This usually consists of an evaluation by a gynecologist to make sure there is no abnormality of the uterus or its lining. If there is an abnormality, surgery may be required. If there is no abnormality, hormonal treatments may be tried. Since birth control pills and the Mirena® IUD reduce heavy periods, one or the other may be prescribed. If a woman plans no more children, she may have the lining of her uterus destroyed by a technique called endometrial ablation or she may even have a hysterectomy. Because anticoagulation should be discontinued at the time of an operation, special planning is required if any surgery is performed.

Postmenopausal hormone therapy with estrogen, or with estrogen and a progestin, increases the risk of breast cancer, stroke, deep vein thrombosis and pulmonary embolism. Postmenopausal symptoms such as hot flashes, sleeplessness, vaginal dryness and bone loss can be managed without estrogen. For women who are not taking anticoagulants, but who have had a blood clot or have thrombophilia, the circumstances that would justify taking postmenopausal hormone therapy are rare or nonexistent.