Go to the ER Right Away: Christine’s Story 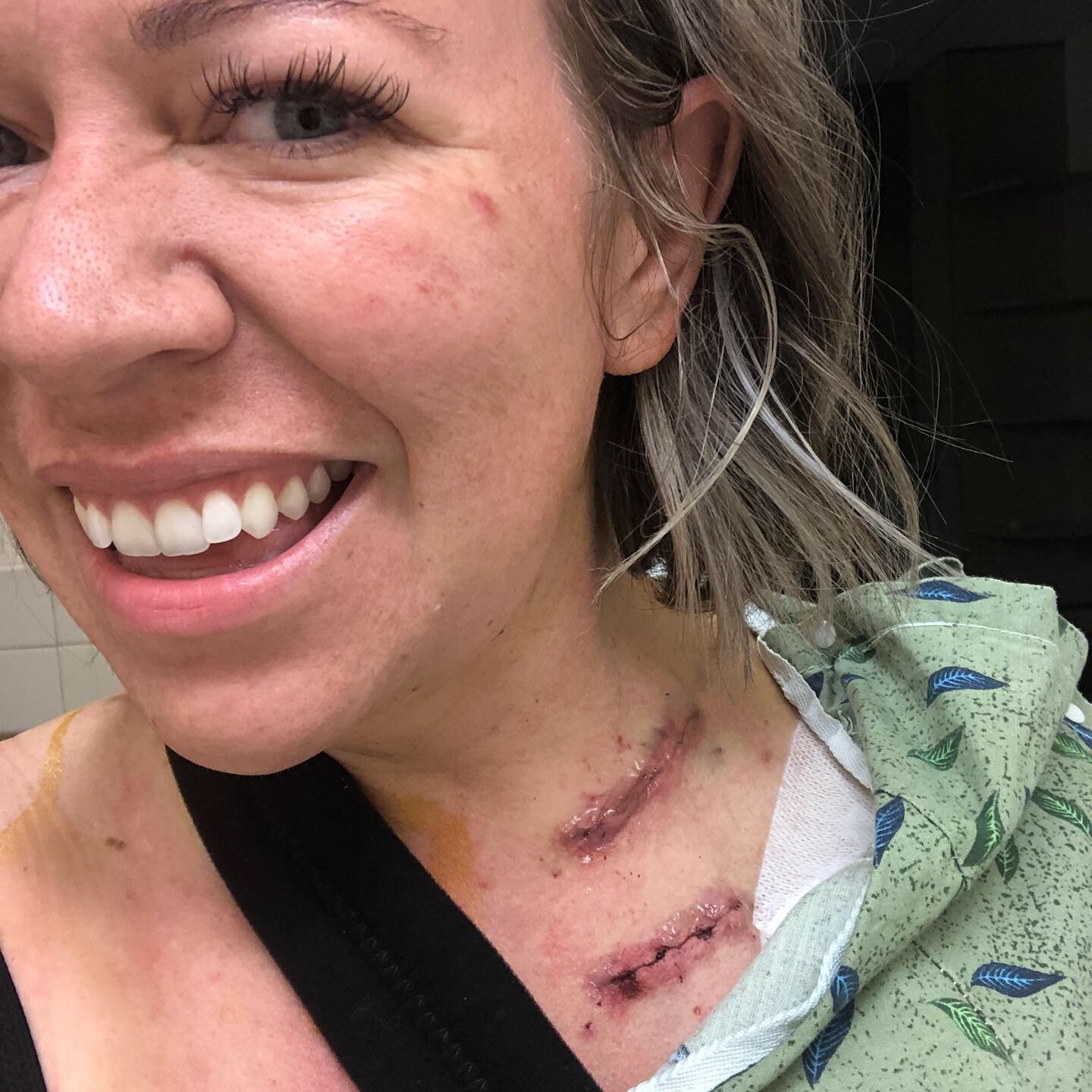 Go to the ER Right Away: Christine’s Story

“You need to go to the ER right away.” Those were the words I was told on Easter over video chat by a doctor. “No, that can’t be right,” I thought. Sure, I could work out more and eat cleaner, but overall, I was pretty healthy. The doctor thought I may have a blood clot in my arm. I told her only older people get blood clots, and as a 32-year-old woman it could not be that. I thought I had done something at work since I have an active job.

The doctor insisted that my job would not cause my whole arm to swell and change colors. So, I called my mom and told her that for the last two weeks my left arm had been swollen and red. That day, my arm was so swollen, I was not able to reach behind my back. So instead of our planned family BBQ, my mom took me to the hospital.

As soon as they started checking me in at the hospital and looked at both of my arms, everything began to move fast. They started drawing blood and asking me questions. I wasn’t taking birth control, no long travel, no family history, and no recent surgery. I was sent off to have an ultrasound of my arm. I was told it would be 45 minutes for the results to come back, but the doctor returned in a few minutes. He pulled the curtain shut and sat down, and I knew something was really wrong.

He said, “You have a very large blood clot,” and then my head started spinning. He started saying something about a clot busting medication, and that I was a good candidate for this treatment. He also said something about being in the ICU, but it was so odd, and it felt like the whole thing was a dream. I ended up in the ICU for four days while they monitored me closely for bleeding from the clot busting medication. Two days later, I learned the cause of my blood clot was Venous Thoracic Outlet Syndrome. The vein coming from my arm into my chest was pinched between my clavicle and first rib.

Four days after being admitted, I was clot free, released on blood thinners, and scheduled to see a surgeon. Two months later, I had surgery to remove part of my first rib. Parts of my story still feel like a dream. Yet, every time I look in the mirror, I see the scars and know how blessed I am to be so well cared for by so many great nurses and doctors. The constant love and support I received from my family and friends was critical. Sometimes anxiety rises if I see my hand swelling, then I look at my other hand, and it is swollen a bit. I remember it is hot outside and I had too much salt at lunch. Finding others with similar struggles and finding the National Blood Clot Alliance on social media reminded me that I was not alone. If others got through it, so could I.