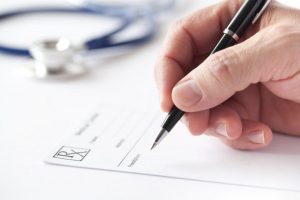 Several direct oral anticoagulants (DOACs) have been approved by the United States Food & Drug Administration (FDA) since 2010. Unlike warfarin these drugs do not require regular blood monitoring. These medications directly inhibit the blood’s ability to form blood clots.

DOACs are both rapid and short-acting agents with relatively low bleeding risks and good overall safety profiles. They are considered to be at least as effective as warfarin. Available medications in this category include apixaban (Eliquis®), betrixaban (BevyxXa®), dabigatran (Pradaxa®), edoxaban (Savaysa®) and rivaroxaban (Xarelto®). Others are in various stages of clinical study.

DOACs are an alternative choice for blood clot treatment in appropriately selected patients. Unlike warfarin, DOACs do not require regular laboratory monitoring and are not affected by food or alcohol. However, DOACs tend to be more expensive than warfarin and are shorter acting, making it important not to miss any doses, as this can quickly expose patients to inadequate protection against blood clot formation.  In addition, some DOACs require twice-daily dosing that, when compared to warfarin’s once-per-day administration, may lead to more missed doses.

One important concern of patients and physicians has been that there was no specific antidote for DOACs. This is no longer the case. In 2015 the FDA approved idarucizumab (Praxbind®) for reversal of dabigatran (Pradaxa®). On May 4th 2018, FDA approved andexanet alfa (AndexXa®) for the reversal of apixaban (Eliquis®) and rivaroxaban (Xarelto®). Ongoing studies are confirming its efficacy in reversing the other DOACs on the market betrixaban (BevyxXa®) and edoxaban (Savaysa®) as well as the low molecular weight heparin enoxaparin (Lovenox®) and fondaparinux (Arixtra®).  Physicians can use prothrombin complex concentrate in emergency situations involving blood thinners that do not have a specific reversal agent yet approved by FDA.

Animal studies of some DOACs suggest the potential for fetal harm, so pregnant women and those planning a pregnancy should discuss LMWH as the preferred therapy with their doctor.

As with all blood thinners, patients should avoid aspirin and other NSAIDS and wear or carry identification stating that they are taking anticoagulants.