My PE Gave Me a New Perspective on Health Inequities: Vanessa’s Story 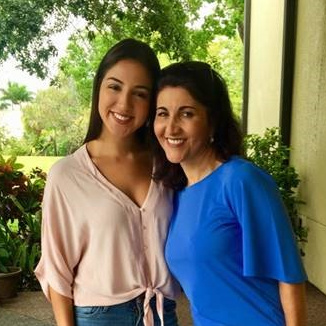 My PE Gave Me a New Perspective on Health Inequities: Vanessa’s Story

At fifteen years old, I first began taking hormonal contraceptives to relieve migraines. I received my prescription quickly after a brief medical exam where I was asked about my family history. I never imagined my journey on hormonal contraceptives would end abruptly nine years later after an emergency room diagnosis of bilateral pulmonary embolism, or blood clot in my lung, a pulmonary infarct, numerous doctor visits, and crippling hospital bills.

Additional exams ultimately revealed that my blood clots had been caused by factor V Leiden, or FVL, an underlying blood clotting disorder that can increase a person’s blood clot risk. Estrogen, a main component in the hormonal contraceptive I was taking, further increased my risk.

My body stung with anger when the hematologist asked me a pointed question after discussing the results of my lab work. He said, “You started taking contraceptives so young. Why didn’t your parents have you do blood work beforehand?” How could I tell him that my parents did not know about the risks, that my dad grew up without having any physical exams, and that his dad did not step into a doctor’s office until the year he passed away? Despite possessing an undergraduate degree from a prestigious university and a role at a renowned company, my low-income identity continued to reverberate in the least expected ways.

Like most blood clot survivors, my experience with blood clots has made me more intentional about standing up from my desk and eating more nutritious foods as part of a healthy and balanced diet. However, my experience has also shown me how health outcomes are heavily influenced by a person’s identity, including race and socioeconomic status.

When I was first admitted to the hospital in 2020, the doctor almost sent me home after my initial tests came back normal. I pleaded for a CAT scan and he agreed, after noting that I “seemed like an educated woman.” As I reflect back on this day during my one-year “clotiversary,” I think of my own mother, a 59-year-old Latina who does not speak English, possesses no more than a high-school education, and also tested positive for FVL. I wonder how different her outcome would have been had we traded places that day. Would she have even known to ask for additional testing? Probably not.

I urge anyone reading this to encourage your loved ones to be advocates for their own health. Healthcare disparities are real, and the best thing we can do to prevent ourselves from becoming victims of an inequitable system is to stand up for our health. Trust your gut and make your concerns heard, and tell your family members to do the same.