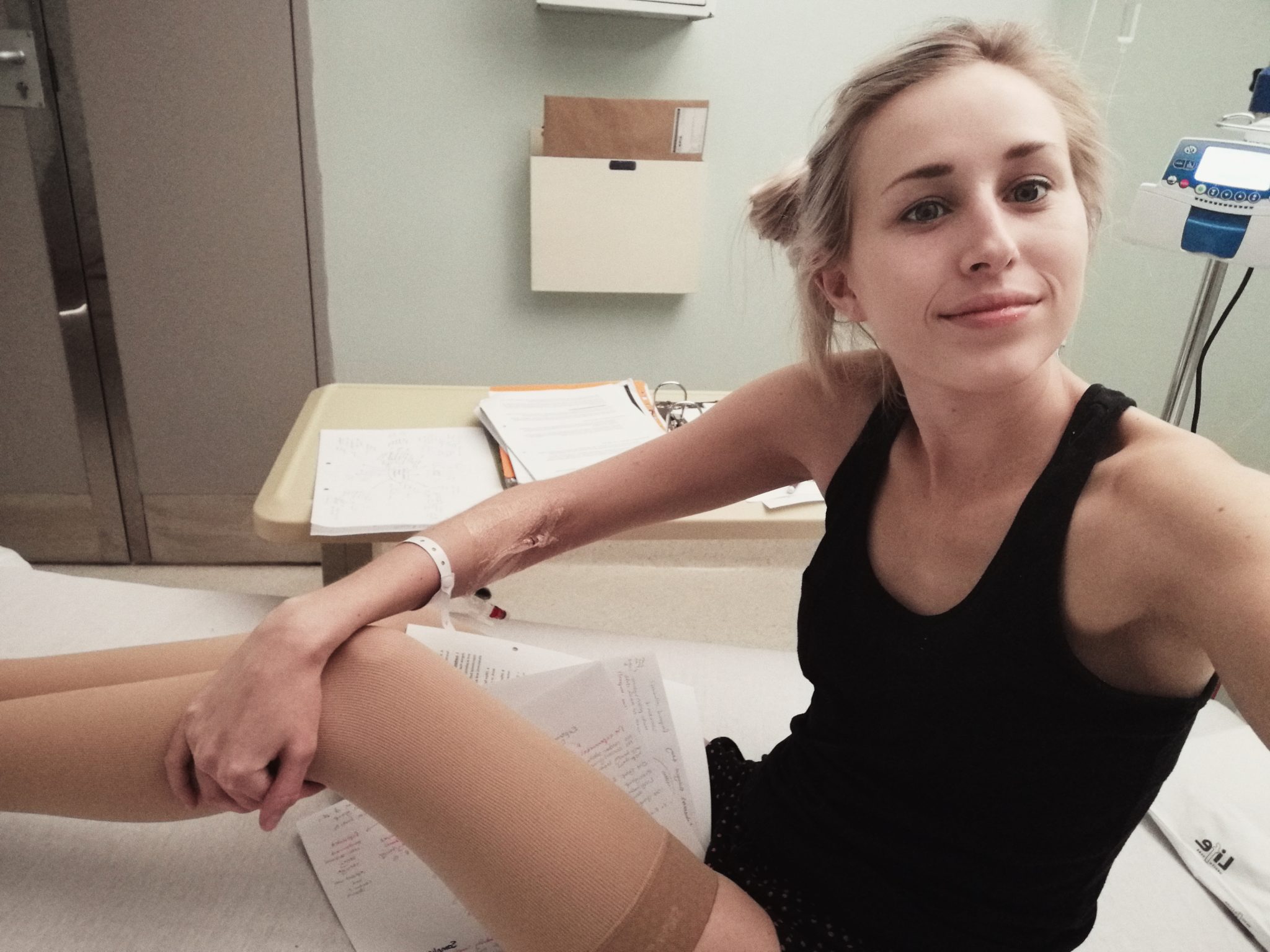 I am a 23-year-old female from South Africa who was on the hormonal birth control pill for skin purposes. As a human physiology and genetics graduate, I knew the risks of taking contraceptives and how it increases blood viscosity, or thickness, but I never thought that it was going to happen to me, even though I also knew that blood clot related problems were prevalent in my family.

October 24 was just like any other day. I was taking a nap and when I woke, I felt pain in my leg. I thought it was just a muscle that I slept on and went jogging. By the next morning, I was packed and ready to go back to university, but as I was greeting my sister and mother, they insisted that I couldn’t drive, because my whole left leg had turned purplish blue. I went to the doctor after a long debate and he sent me to get an ultrasound scan to check for deep vein thrombosis (DVT) and, to my surprise, I had a massive blood clot in my left pelvis. Furthermore, I had blood clots in my left lower leg as well. I was immediately sent to the hospital and was even assisted with a wheelchair. At the hospital they did a CT scan, and I was further diagnosed with bilateral pulmonary emboli, or blood clots in my lung, which can relate to previous symptoms I had, including shortness of breath, nausea, and light headedness. 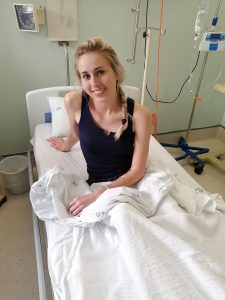 It also appeared as if I had walked around with few blood clots for quite a while and was a ticking time bomb. This made me recall back to an incident I had several months earlier where I woke up and started to cough up blood. The doctors at that time sent me for stomach ulcer tests, but found nothing. I was diagnosed with lung infection, because that is what the results of x-rays showed. Now it appears that was not the case. My DVT was left untreated, and I continued to drive about long distances, further placing me at risk for blood clots in my lung.

This all lead to the scary and shocking news that I had thrombosis and might even not finish my exams. I am now on blood thinners and will need to be monitored for a while. This has already been a terrible few days for me, and I would advise young girls to take precaution and to look out for any abnormal pains in their legs, especially if they are taking the hormonal birth control pill.

I am trying to be hopeful, and I know I should be grateful to be alive. For once, I actually wish I could be studying, instead of moaning about it. This has been an eye opener of a year for me, and I realized that I have a great support system and that things don’t always work out as planned. Lastly, the discovery of the National Blood Clot Alliance also gave me a sense of hope to deal with this condition, by seeing how other survivors are embracing their lives after their similar blood clot experiences.