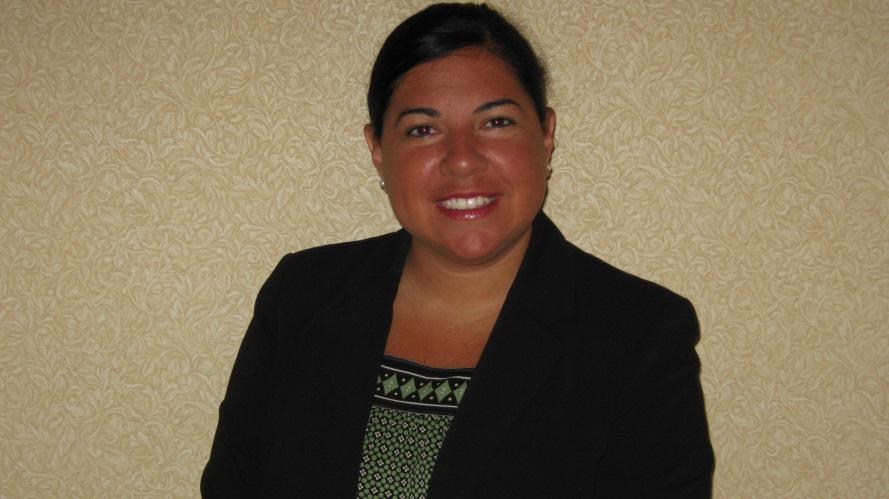 Shawna was never too keen on going to the doctor. By her own admission, she did so fairly infrequently.  So, it came as quite a shock when she found herself at her doctor’s office, and surrounded by no less than three physicians, waiting for an ambulance to transport her to the hospital.

“I didn’t go to the doctor regularly, and even though I had been feeling horrible all week, I was reluctant to go to the doctor that day,” explains Shawna Russo, an otherwise healthy and active 26-year-old woman at the time.

As Shawna explains, she had missed about a week of work because she was feeling very ill, experiencing pain when she breathed.

“I really felt like I was going to die, and even though my husband was aggressively encouraging  me to go see a doctor that day, I went back to work instead,” Shawna explains.   “Once I was at work, I actually started to feel worse.  I’m not one to take breaks while I’m at work, but I actually needed a break that day and spoke to my manager briefly about it.  My manager told me I needed to go home, but I still didn’t listen.”

Apparently, Shawna’s manager was so concerned that she called Shawna’s husband, who then insisted that Shawna see a doctor immediately.

“My husband was so concerned.  He was really pressuring me to go to the doctor. So, I broke down and drove myself to my doctor’s office,” Shawna says.

When Shawna arrived at her doctor’s office, he suggested that perhaps she was having difficulty breathing because something had scratched her esophagus.  Fortunately, though, he insisted on two important tests: An ultrasound and a CT scan.  Shawna actually resisted doing either test, but eventually agreed when the doctor told her that she could leave after the tests were done.

“As soon as the tests were completed, I headed for the door, even though the technicians who did the test told me that I should go back upstairs to the doctor’s office,” Shawna said.  “I left the building, made it to my car and was pulling away when I thought I was being very impolite to my doctor, who had kept his office open late for me on a Friday.  So, I pulled my car back in front of the building, didn’t even turn the engine off, and then went back inside to simply let the doctor know I was leaving.

“I was exhausted and feeling even worse now.  I almost passed out as I walked back into the doctor’s office,” Shawna says.  “Then, just moments after I returned, I was whisked into one of the exam rooms, told to lie down, and three doctors quickly took charge.”

According to Shawna, she was then immediately administered an injectable blood thinning medication and told she had blood clots in both of her lungs and that an ambulance was coming to take her to the hospital.

“At the time, I didn’t know much about blood clots, except that they were often fatal,” Shawna explains.  “Shawna, who today serves on NBCA’s Board of Directors as its Secretary, had to stay in the hospital for seven days after this initial event, and she also was given warfarin, a blood thinning medication.  Numerous tests were done to determine the cause of her clots, but nothing could be found.  Thirty days later, Shawna experienced another blood clot in her lung.

“When the second blood clot in my lung happened, they tested me for everything and anything, and that’s when they found that I had Lupus,” Shawna explains.

Lupus is an autoimmune disease that causes the body’s immune system to become hyperactive and attack normal, healthy tissue.  Among other things, Lupus causes an increased risk of blood clotting.

“After my Lupus diagnosis, the focus then moved to my INR (international normalized ratio) levels or my blood levels,” Shawna says. “I was taking warfarin, getting my blood tested three to five times per week, and still having trouble reaching the proper therapeutic range.   They tried multiple treatment options, such as a two-drug regimen with warfarin and also an injectable blood thinner for a while.  But, despite all these steps, I actually experienced a third clot.”

After her third blood clot, several years passed and the treatment was working.  Then, during a routine EKG or stress test, a very, very small clot was found in her heart, so her anticoagulation therapy was dose adjusted and the clot dissolved.

Several more years passed and, as Shawna describes, she was “pretty good.”

“Sometimes I’d miss my medication, or not get to the doctor’s office as often as I should for monitoring, but I was doing okay,” Shawna says.  “But, then I changed jobs.  My doctor was no longer nearby.  The nearest anticoagulation clinic was 30 miles away.”

As Shawna explains, her resistance to seeing a doctor in general was reflected in the way she managed her medication.

“I really didn’t get my INR tested very much, because it was such an inconvenience to get to the doctor, and there were times that I would miss doses of my medication.    There were even occasions when I would accidently take more than prescribed.

“Recently though, I’ve started testing my blood levels at home, and things have changed for the better,” Shawna explains.  “It’s a great system, just like the machine my doctor uses.  A small poke on the tip of my finger draws a small blood sample once a week.  The machine provides the test result, which I can convey to my doctor by phone or through an online computer program.  If I’m not in therapeutic range, the doctor will call and talk to me about it and, if necessary, change the dosing of my medication.  If it’s within range, there’s no call from the doctor.”

“I don’t want to get the call saying that I’m not in therapeutic range, or that I didn’t take the test, so I am much more likely now to do the test and take the medication so everything stays on track,” Shawna says.

According to Shawna, she has used a pill case for a period to help her keep track of her medications. In addition, she also uses the Walgreen’s phone app that provides medication alerts.

Adherence, or taking medication as prescribed, is very important.  Skipping doses or stopping the medication can cause people taking blood thinning medications to be at increased risk of a life-threatening blood clot.  Taking more medication than prescribed can also be very dangerous and can cause bleeding problems.  Similarly, when taking the older blood thinner medication warfarin, people are required to adhere to a schedule for routine blood tests to check their INR levels.

“One important lesson I learned was that not all home testing programs are the same,” Shawna says.  “There are different options available and you should explore them all.  Some are more expensive than others, and some are covered by insurance whereas others are not.  After some research, I found a system that is really affordable and helps me a lot.

“After years, I’m finally taking care of this problem in a way that is convenient and good for me,” Shawna says.  “I’ve been fortunate to reach this point, and I’m trying to help others affected by blood clots by serving as a Board member with NBCA and also sharing my story.  I encourage anyone affected by blood clots to learn all they can about how to manage this problem effectively and to include the resources of NBCA for help and support.

“Facing this lifelong problem can be a tremendous challenge,” Shawna stresses.  “But, the more resources we have and the more we work together, the better we can make things for ourselves and so many others in our community who deal with the same challenges.”