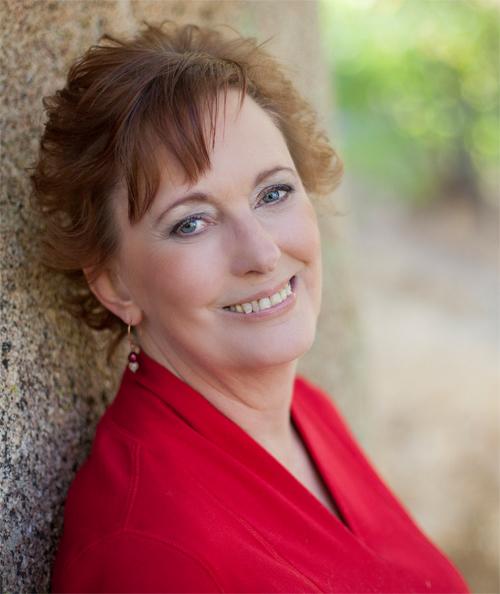 It was mid-March in 2009, and spring was just a few days away. The weather was inviting, but Debbe McCall didn’t take her daily walk that morning. She woke up that day to her heart racing.  A quick check with her blood pressure cuff showed that her pulse was 121 beats per minute, and her blood pressure was 159/121.

“I didn’t really know what was going on, it all just came out of the blue, and the symptoms were very disturbing,” explains Debbe.  “Even though I skipped my walk in the morning, I did make it to my workout with my trainer, but I was out of breath and exhausted just 45 minutes into my exercise routine.”

Debbe, who lives in Murrieta, CA, located a little more than an hour south of Los Angeles, had just recently celebrated her 51st birthday in January of that year. She was walking more than three miles a day six days a week, she practiced Tai Chi, and she was very careful about her diet.

“I’ve always been attentive to my health, because heart disease runs in my family and my mother had her first heart attack at the age of 49,” Debbe says.  “I did have a thyroid issue, but I was otherwise quite healthy.”

After returning home from her workout, Debbe’s symptoms persisted, so she called her primary care physician.

“My doctor suggested that I come in to see her, but I felt so awful and unsafe to drive.  So, she told me to call 911.  But, that really wasn’t an option in my mind, because the two hospitals in my area, where I could have gone for care, were both on probation by the state after failing the State Health Department’s Joint Commission for accreditation/certification.  So, my doctor prescribed a beta blocker to help slow my heart rate.”
Debbe’s blood pressure and pulse jumped all over the place all day long, and she felt like a 20 pound weight had been placed on her chest.  She woke the next day to find the troublesome symptoms gone, but she was exhausted.  This pattern continued about once a week for the next month.   Shortly thereafter, her primary care physician referred Debbe to a cardiologist.

“The cardiologist did a routine exam and told me my symptoms were just the result of anxiety or menopause,” Debbe says.  “Given how awful I felt in recent weeks, I was not satisfied at all with this diagnosis, but the cardiologist insisted that there was nothing more to make of my symptoms.  He dismissed my follow up questions and my daily vital sign documentation, and then sent me home with the uneasy feeling that all was not right.”

For the next year, Debbe kept close tabs on a number of things she thought might help identify the underlying trigger for her symptoms.  She monitored the food she ate, her sleeping patterns, stress levels, and even the weather.   She had a standing order at her primary care physician’s office for an electrocardiogram or EKG whenever she did have an event, but her events were so symptomatic that Debbe had trouble getting to the doctor’s office when they did occur.

“I became so frustrated,” Debbe explains.  “The medication to slow my heart rate was not working.  The lifestyle changes I made didn’t help.  I decided it was time to get greater control over this situation and go back to my primary care physician and try to get some additional help.  When I was there, my doctor told me that I looked grey.  She did an EKG and faxed that information to the cardiologist I had previously seen.”

One year after he had dismissed her symptoms as simply the result of anxiety or perhaps menopause, the cardiologist, having reviewed Debbe’s recent EKG results, informed her that she had atrial fibrillation, an irregular heartbeat that can cause clot-provoked stroke.

“I was relieved to finally have a diagnosis that made sense, but still pretty upset that this had been going on for one full year.  During that time I could have suffered a stroke, since I had not been given an anticoagulant to prevent the dangerous clots that can form with AF.”

This time, the cardiologist did prescribe the anticoagulant warfarin for Debbe, and he also prescribed the anti-arrhythmia medication digoxin.  Debbe questioned this decision, and met with some push back.

“I knew that digoxin was not the drug of choice for atrial fibrillation because its side effect is Afib, and I was uncertain about taking warfarin as I had no other risk factors based on CHADS2 scoring system.” Debbe explains.

“When I questioned the cardiologist about these choices, he bristled and suggested I was trying to play doctor.  I said, ‘No sir, I’m not trying to be the doctor, but it is my heart.’

“It quickly became clear that the cardiologist was not happy with my questions or asking him to explain his decision process.  He reluctantly changed my prescription to Plavix and aspirin, and told me to return to see him in two weeks.  We both backed into our corners, and our relationship was strained from that point forward simply because I became involved in my care by asking questions about medications being prescribed for me.”

According to Debbe, in the upcoming days, her symptoms did not subside, and she would “bruise in the breeze” given the daily doses of Plavix and aspirin she was now taking.  When she returned to the cardiologist two weeks later, he told her to take just Plavix, due to her excessive bruising, and Debbe asked to be referred to a cardiac electrophysiologist or EP.  An EP specializes in the understanding, diagnosis and treatment of unusual electrical activities of the heart, including arrhythmias.

Debbe consulted with no less than six different EPs, and was prescribed a spectrum of different medications used to treat AF.  Nothing relieved her symptoms.  Then, two months after her official diagnosis of AF, and 14 months out from her first event that early spring morning in 2009, Debbe underwent a cardioablation in May of 2010.   Cardioablation is a minimally invasive surgical procedure used to treat AF by disrupting the electrical current causing the irregular heartbeat.

“Despite an early set back – I developed a hospital-acquired infection when I was there for my ablation – the procedure was a success in the long run.  However, the antibiotics I needed to take for my infection did interfere with my warfarin therapy, and my INR levels were in range only 15% of the time.

“This created a major issue for me, as the nearest Coumadin clinic was two hours away.  I was able to have my primary care physician deal with my twice weekly INR testing for ten weeks, but it was still terribly frustrating to have the EP, whose office is more than an hour away, tell me I needed to come in every time I had an AF-related issue.”

“No one was doing cardioablations in my local community, so I had to travel to San Diego to have the procedure performed,” Debbe explains.  “The drive on a good day is about an hour one way, but with traffic, which usually is the case, it can take two hours or more to get to the facility there.”

Murrieta California, where Debbe lives, is located in between San Diego, Los Angeles, and Palm Springs, all of which have outstanding health systems.  However, as Debbe explains, they are in highly populated areas, where travel by car frequently means long lines of traffic and lengthy delays.

In August of 2010, or about ten weeks following her ablation, Debbe was instructed to stop taking warfarin, even though she was still experiencing AF symptoms.  When she saw her EP in August, he told her that her surgery had failed, and wanted to schedule a second procedure in October.

“At this point, I decided it was time for me to take greater control.  I turned for help to friends involved in integrative medicine, one was a nurse practitioner and an M.D. who had ablations as well.  In a short period of time, they had me turned around, and I stopped having arrhythmia and stopped feeling sick,” Debbe says.

Integrative medicine combines conventional Western medicine with alternative or complementary treatments, such as herbal medicine, acupuncture, massage, bio-identical hormones, biofeedback, yoga, and stress reduction techniques — all in an effort to treat the whole person.  According to Debbe, this type of integrative approach helped her tremendously.  Her AF symptoms stopped within ten days of changing healthcare pathways.  When she returned to her EP in December, he reversed course and now said that his surgery had been a success.

Today, three years out from her ablation, Debbe has no AF and takes no AF medications, but she remains actively involved in the AF community.  She is a volunteer with StopAfib.org, a very valuable online resource dedicated to all matters pertaining to AF, and she also moderates an AF support group on Facebook.

“I think there are so many ways we can improve the care of AF and find better ways to help patients adhere to prescribed treatment plans, particularly in terms of anticoagulation therapy,” Debbe says.   We need to focus on ways to improve communication between patients and physicians.  We need to look at different models for INR monitoring.

“Patients are not always comfortable talking to a nurse or physician’s assistant.  They think they have to get answers from their doctor. It would be so useful if our doctors could be available by phone or by Skype, for example.  We need to find a happy balance between privacy, reimbursement and a good communication between patient and doctor, Debbe adds.

“Patient self-testing of INRs is clearly an important option, but I also think we can establish a clearer set of guidelines to treat AF. There are about 2,500 EPs in the United States, caring for about six million people with AF, Debbe explains.  If we could develop clear guidelines to manage or treat AF, we would be able to have cardiologists, who are in greater abundance in our smaller communities, better equipped to manage AF.  With the advent of electronic medical records, we also have a tremendous opportunity to enhance the continuum of care.”

Debbe, who also serves as a patient representative to the U.S. Food & Drug Administration’s Cardiac Drug and Device Committee, is no stranger to advocacy.  She understands the challenges faced by people affected by AF, and encourages people to empower themselves and be their own best advocates.

“It’s your heart, it’s your health.  You have to find a doctor who is willing to listen and address all of your concerns until you are comfortable,” Debbe stresses. “The more you can work with and partner with your doctor, the more compliant you will be with a joint prescribed treatment plan and the better your health will be.”