Skip to main content
Home / Patient Stories / How My Reproductive Choice Could Have Cost My Life: Lauren’s Story

How My Reproductive Choice Could Have Cost My Life: Lauren’s Story 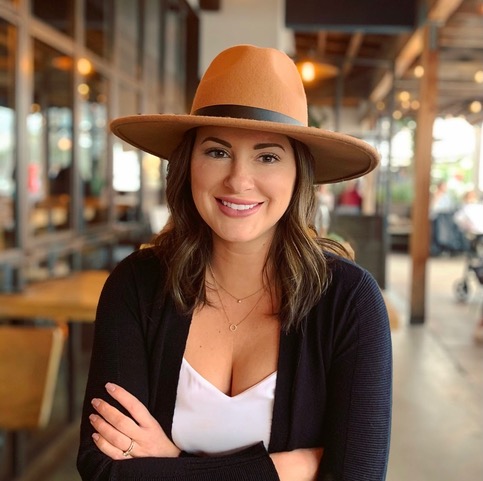 How My Reproductive Choice Could Have Cost My Life: Lauren’s Story

I thought I was being responsible.  My husband and I had been married for nearly ten years. We’d mutually agreed that we didn’t want biological children and I’d faithfully remained on the same birth control, having never experienced any adverse effects. I’m a big believer in the old saying, “If it ain’t broke, don’t fix it.” So, I never felt a need to alter our plan of action.

I was 31-years old, had just passed my yearly physical with flying colors, and was training for a half marathon. I was never warned by a physician or other medical professional that I could be at risk for blood clots.

My clots manifested suddenly one evening, as I was sitting in a lecture hall taking notes on different teaching methodologies. I had recently been accepted into a credentialing program and was over the moon, excited with all life had to offer. Little did I know, the next year wouldn’t be spent on my college campus or observing students in middle school. Instead, it would be spent in more hospitals, blood draw facilities, and specialists’ offices than I could count.

It started with a sharp, shooting pain near the middle of my back that grew debilitating within minutes. After a trip to the emergency room, multiple blood draws, and lots of confusion, I finally met my doctor. He informed me that my D-dimer test had come back positive, but that he was confident the test result was incorrect. He kept reiterating how young and healthy I was and that I didn’t meet any of the criteria to be considered at risk. But despite his initial disbelief, he returned with a diagnosis stating I had multiple, bilateral pulmonary embolisms and would have to be admitted to the hospital, immediately.

I was put on an intravenous heparin drip and was later given a newer direct oral anticoagulant. I was encouraged to resume my regular activities and was told that I should “listen to my body.” Unfortunately, because I’d had so many clots, I suffered from complications and a portion of my lung tissue died.

It’s been nearly a year and a half since my diagnosis and I still experience daily pain. I wasn’t able to return to my credentialing program as I’d hoped. For the first three months following my hospitalization, I could barely accomplish any normal household chores without severe pain and fatigue.

I’ve taken every test imaginable, desperate to understand how this could have happened to me. The simple truth being, that the prolonged use of hormonal birth control — a prescription medication that was supposed to keep my life “on track,” nearly killed me.

I desperately wish I knew then what I know now. I could have and would have utilized other methods of family planning. It is imperative that we do our part as survivors to help raise awareness and allow women to make more informed decisions regarding their reproductive health.