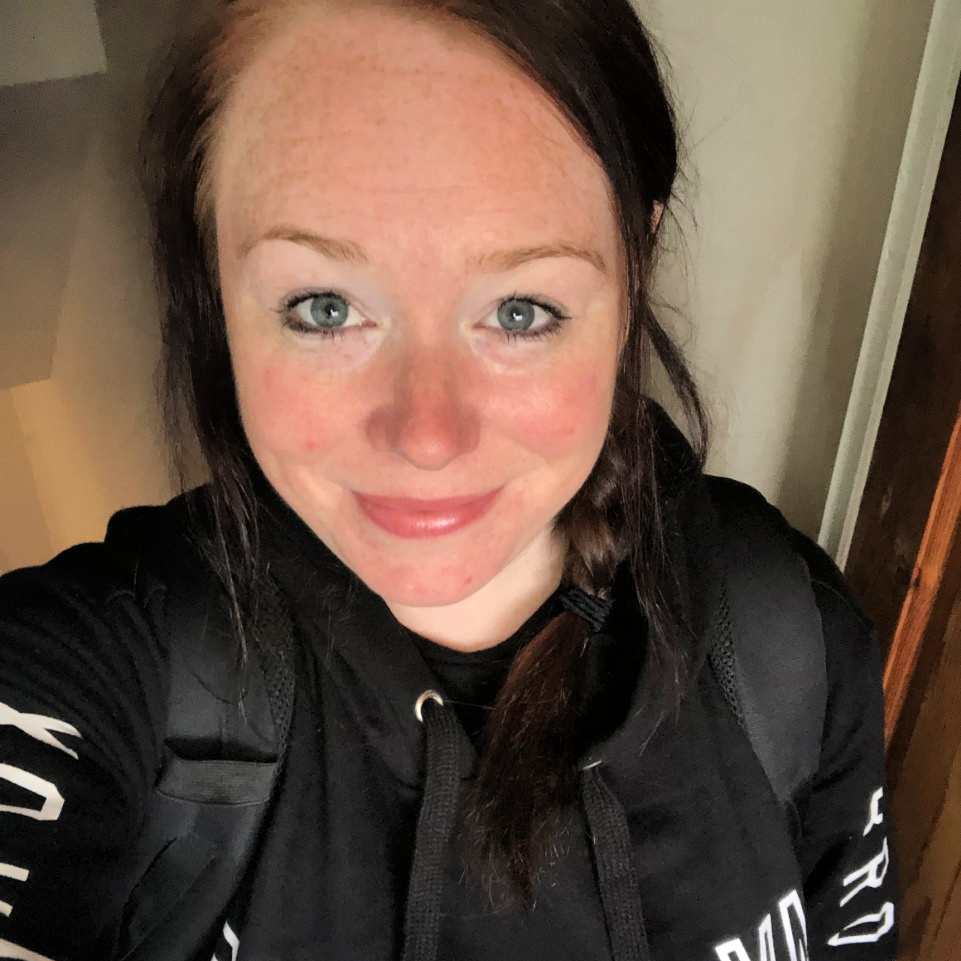 I was diagnosed with the genetic clotting disorder factor V Leiden, or FVL, when I was 15 years old.  My aunty (my dad’s sister) had a blood clot during pregnancy and she learned she had FVL, which led to members of my family, including me, being tested for it too. While growing up, FVL never had any impact on my life at all.  I had a normal pregnancy and birth with my son when I was 23 years old, and blood clots were never something I worried about.

In May 2019, I was looking forward to a holiday away and had been going to the gym regularly when I found myself not able to manage as much as I used to.  I was out of breath easily and felt drained after quite a standard session. I have never been a super fit person, but I knew I could manage more than I was achieving.

I ignored this and continued trying to push through as best I could. Eventually, the shortness of breath turned into sharp pains in my chest and that is when I contacted my local general practitioner, or GP. He diagnosed me with anxiety. I was not convinced about his diagnosis, however, and made another appointment for the following week with a different doctor. The second doctor believed that there could be an issue with the sacs in my lungs and gave me an inhaler to help.

Three days later, on Friday, I could barely drag myself out of my bed. I tried to get an appointment at my regular doctor’s office, but I was told to rest up and they would see me after the weekend. By 6:00 p.m. that night, I was feeling worse than I ever had and called NHS24, which is Scotland’s National telehealth and telecare organization for people who need medical advice out-of-hours. They referred me to an out-of-hours doctor who did a few checks and said, as a precaution, he would like me to go to the Accident and Emergency, or A&E, department of the hospital for a D Dimer test. She reassured me that she really did not think there was anything to worry about. Within an hour, however, my D Dimer test result was back and sitting at 2200. I was given a shot of anticoagulant, or blood thinning medication, and admitted to a ward for care. The next day, a CT scan found multiple bilateral blood clots in my lungs. I was sent home with oral apixaban and had to take this daily for three months. I also had to attend the Hematology Clinic at my local hospital, and, despite numerous tests, they were never able to understand why the clots had formed. Although I have FVL, they stated it is rare for it to be an issue in a healthy woman in her mid-30s.

I am now off blood thinners. The specialist I saw considered the chance of a second blood clot to be less significant than the potential risks of being on blood thinners for the rest of my life. I have made a full recovery, but I don’t feel like my lung capacity is as good as it was. I can’t complain, though. The hardest thing for me is not worrying any time I have chest pains. The psychological effects of my experience will definitely take a little longer to recover from. I have really found reading other people’s stories to be extremely helpful, and I hope my story might also help others in some way too.