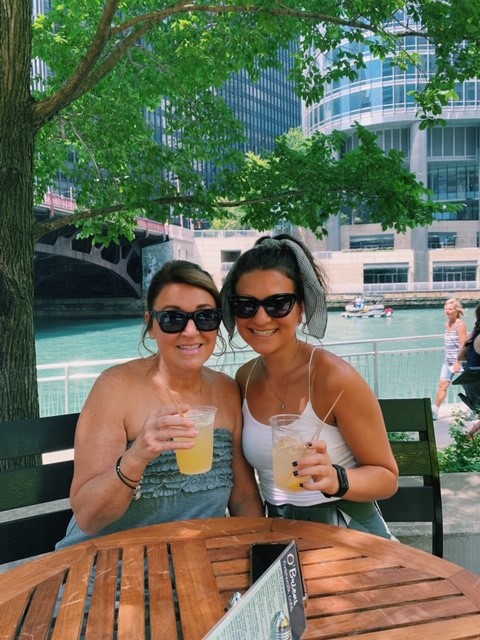 I was sitting outside enjoying the fresh air when my FitBit said my heart rate was up to 100. I just had surgery to put in a plate and screws for a broken tibia (shinbone). My mom was concerned that she saw signs of a blood clot in my leg. When she touched my leg, she found that it was swollen, which may be normal after surgery, but it was also radiating with heat. My mom and I have Antithrombin III deficiency and she previously had seven blood clots in her lung, also known as pulmonary embolism or PE, so we are very aware of our family’s risk for blood clots.

Worried about my symptoms, we went to the emergency room. My mom told the doctor our concerns. He suspected that it was not a blood clot, but said he would take an ultrasound anyway to see. When he came back, he said I did in fact have a blood clot in my leg, which is also known as deep vein thrombosis or DVT. My mom then asked if the doctor could do a CT scan with contrast to check my lungs for blood clots too. Even though I did not have typical symptoms of a blood clot in my lung, one was found, and the doctor was shocked.

Over the next two days, I saw my cardiologist, hematologist, and physician. I was told that I had more problems than we originally thought. They found out I have anemia, factor V Leiden, and May-Thurner Syndrome, which my mother also has. My medical team worked to decide what treatment would be best for me, and the next day, it was decided to bust the clot in my leg since it was very big.

Being so young, I was incredibly scared. At 18 years old, here I was preparing to go through a very traumatic experience. I had a second surgery to place a stent, which would hopefully help keep my blood flowing. I woke up from the procedure with a fever of 106°, and everyone was very concerned about me. Over the next month of my recovery, I had more episodes of high heart rate and fevers.

Even though I have been through a lot, I can only stay positive about this situation, because I have two loving parents who I cannot leave. They have done everything for me, including making sure I was safe, and making sure that I knew I was safe. My parents made me the fighter that I am. I am so grateful to them and everyone who sent things to me while I was recovering. I’m getting better, and while there will be bumps in the road, I know I will overcome them. I encourage you all to know the signs of symptoms, because without knowing, I would have died.