Skip to main content
Home / Patient Stories / My Experience with a Blood Clot on My Brain: Amy’s Story

My Experience with a Blood Clot on My Brain: Amy’s Story 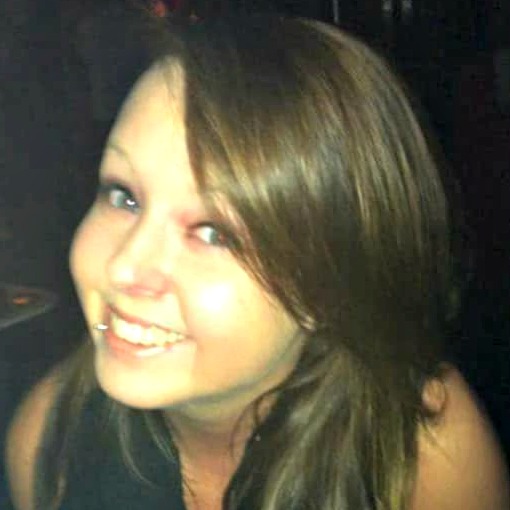 My Experience with a Blood Clot on My Brain: Amy’s Story

I’m a 25-year-old woman who doesn’t smoke, drink very often, or use any kind of drugs. I take care of myself, and I try to keep active. Over the past year, I have been in and out of the doctor’s office with a lump on my face. The lump was getting bigger, which was concerning to me. I was given antibiotics for a blocked salivary gland three times. I was stubborn and told my doctor that it wasn’t working. My doctor called two other doctors to assess me, and they all concluded I needed an ultrasound of the lump on my face.

I waited a few months for the ultrasound to take place. The doctors didn’t see anything that might be wrong, but they sent me for a CT scan to be certain. I waited a few more months for this test, and then I saw an ear, nose and throat specialist once it was completed. He labelled the lump as a lipoma, which is a benign tumor, or fatty tissue. However, the specialists began to doubt this diagnosis, and sent me for an urgent MRI to investigate further.

Two weeks later, I had the MRI and was told to wait for the results. Two days after the MRI, I developed a very severe headache, which left me bed bound for the day. I couldn’t eat or sleep because of the pain. By 10:00 p.m. that night, the headache had subsided, and I felt normal again. For the duration of the week, I had headaches on and off, which were extremely painful. I thought I was experiencing migraines, which I have never had before, but I thought nothing of it.

When I was at my uncle’s 50th birthday celebration the following weekend, another headache hit me very suddenly, and I had to lay down. I wasn’t drinking at the party, due to an upset stomach. I took pain relievers, which kicked in after an hour. The next day, the headache was back with a bang, and by that night, I was bed bound again. Anything I ate or drank was coming straight back up. I couldn’t even hold pain medication down.

By the time Tuesday arrived, the headache was so bad that I couldn’t sleep, eat, or think. This was without a doubt a 10-out-of-10 on the pain scale. I rang my general practitioner who advised that I go straight to the hospital, since I described this as the worst headache I had ever had and she was concerned it could be a sign of bleeding on the brain, or blood clots. I thought to myself, “This can’t be happening to me, so maybe I’ll give myself another day in bed and not be so dramatic!” My mam and fiancé both said it was best to be safe, rather than sorry, and since I already had the day off work, I went to the hospital.

They did numerous tests on me and took a full medical history. I had blood tests, x-rays, ECG’s and physical exams done. The doctor came back and told me the results of my MRI, which I was not expecting to hear. He told me the lump on my face wasn’t a lipoma, but that it was actually the muscle getting bigger, because it was overcompensating for the muscle on the other side of my face, which was wasting away. I was surprised to hear this, because there was no medical reason for it, and no one could shed any light on it. They decided to do a CT scan on my head since my situation was very unusual, and something concerning had shown up in my blood results.

Thirty minutes after the CT scan, the doctor took me to a room and told me there was at least one large blood clot on my brain, and maybe more. They did another CT scan with contrast, which confirmed I had a left transverse sinus venous thrombosis. They admitted me to the hospital, where I stayed for three days. They sent me home with enoxaparin injections, which I was on for two and a half weeks, morning and night. I am currently taking warfarin daily and attending a warfarin clinic twice a week to have my INR monitored.

It has been three weeks since I was admitted to the hospital with blood clots, and it’s still hard to come to terms with. When I remember what is happening in my body, my anxiety flares up, but I also feel very thankful that this can be dealt with. I’m still at risk, and I’m still under very close watch daily to make sure there are no further complications. I have been told by so many doctors that I am lucky they caught this when they did. It has given me a new appreciation for my life, my family, and my friends. Things could have been a lot worse for me, and I could have had a stroke at any minute. I’m seeing a neurologist, hematologist, and medical consultant soon to find out why this all happened. I hope I won’t be on medication forever.

Through sharing my story, I am urging other people to listen to their bodies! Only you know what doesn’t feel right, and if you’re not sure, go to the hospital or call your doctor. I know I wouldn’t have gone if I hadn’t been advised to do so, and I’m so thankful I did.