Steve’s Story, As Told by his Loving Wife 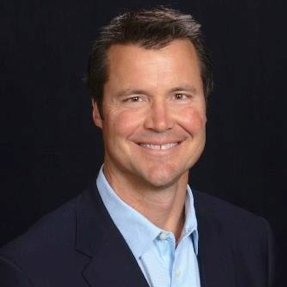 Steve’s Story, As Told by his Loving Wife

My husband, Steve Brenner, died of a massive pulmonary embolism (PE) or blood clot in his lung, at the age of 53, on August 15, 2016, just days before he was scheduled for hip replacement surgery. This was preventable. If Steve’s doctor or one of his colleagues at their orthopedic practice had replaced Steve’s hip more quickly, or prescribed mechanical compression or blood thinners to reduce the risk of blood clots, we would not be in this devastating situation today.

I urge orthopedic surgeons to consider blood clot prevention measures for immobile patients waiting for surgery, especially if the patient has other risk factors for clots.

In the summer of 2016, Steve was experiencing excruciating pain in his right hip and immobile for five weeks. He died of a massive pulmonary embolism due to a deep vein thrombosis or DVT (blood clot in the leg). I was with him when he convulsed at home and became unconscious. I started CPR. His mother was there and called 911. Our three children saw the ambulance take Steve away on a gurney. I rode in the ambulance and told the EMTs this is a ‘husband with three young children, do-everything-you-can situation.’ Shortly after we arrived at the hospital, the ER physician told me there was nothing else they could do. Steve was gone. My husband, my children’s father, a beloved son, brother, son-in-law, brother-in-law, cousin, colleague, and friend was gone.

Just several weeks earlier, Steve had been referred to an orthopedic surgeon by a sports medicine specialist who had been trying to diagnose Steve’s hip pain. Steve was seen by the orthopedic surgeon for the first time in late July 2016, when he diagnosed Steve with a “destroyed hip” that needed to be replaced.

On August 3 that year, I brought Steve to a pre-op appointment at the orthopedic surgeon’s office and a pre-admission test at the hospital. In the surgeon’s office, I told the PA or physician’s assistant that Steve’s sister had survived a PE a few years ago. It was a memorable conversation, because the PA joked to Steve that “you just earned yourself three weeks of shots in the stomach,” referring to the injectable anticoagulation therapy that would be prescribed for use after Steve’s surgery to help prevent blood clots, because orthopedic surgery is a major risk factor for dangerous clotting.

Meanwhile, knowing that Steve was in great pain and unable to walk without assistance, the orthopedic surgeon prescribed Steve painkillers, a hospital bed, and a wheelchair. Steve was living on our couch and the hospital bed. He was urinating in a jug because his hip hurt too much for him to get to the restroom more than once a day. I served him his fluids and meals because it hurt too much for him to walk the ten feet into our kitchen to get those things for himself.

The orthopedic surgeon was the only doctor in a position to see Steve’s risk of blood clots mounting during this prolonged period of immobility due to the delayed surgery schedule. He was the only doctor who was in a position to address the increasing risk of blood clots by making the family aware of the risk and by considering mechanical compression or pharmaceutical anticoagulation to address this risk.

I can’t do justice to the overwhelming sadness and loss we feel as Steve’s family and broad circle of colleagues and friends. For just a little of what he meant to all of us, you can read his obituary here.

While I am so thankful I can look back happily on the wonderful years I had with my smart, funny, handsome, athletic, loving husband, I cannot find a way to rationalize the loss of my children’s Dad, or my mom-in-law’s Son. The profound pain of his loss, which his loved ones have to continue to endure for the rest of their lives, is unforgiveable. 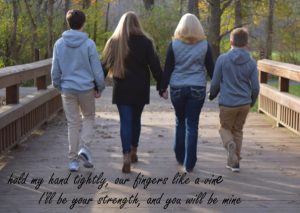