Skip to main content
Home / Patient Stories / One in A Million: Kyle Cluff’s Story, as Told by his Mom, Stacy

One in A Million: Kyle Cluff’s Story, as Told by his Mom, Stacy 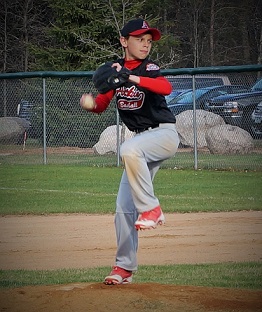 One in A Million: Kyle Cluff’s Story, as Told by his Mom, Stacy 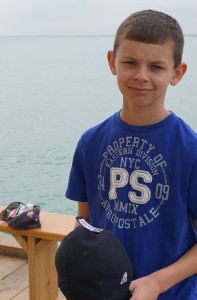 I am sharing my son Kyle’s story for two reasons: To bring awareness to how children are affected by blood clots and in hope of finding others who may suffer from similar conditions.

In August of 2010, my son was eight-years-old, healthy, and extremely active, playing baseball, football and hockey.  That summer he had some high fevers that would come and go, along with pain in his leg. We thought he just had a virus coupled with growing pains. As the summer went on, his legs began to swell and develop red bumps, which we discovered were associated with erythema nodosum (EN), an inflammatory skin condition. After many doctors’ visits and different antibiotics, the doctors finally decided to do an ultrasound on his legs.  The ultrasound showed he had blood clots and after a full body CT scan, the doctors found he had clots down both legs, his lungs, shoulder and also a blood clot in his brain. He was immediately placed in the ICU at a local children’s hospital. After meeting with both Rheumatology and Hematology, they concluded his blood clots were being caused by his immune system getting all “revved up” and attacking the blood. They had no real diagnosis for what was going on with Kyle. The doctors ran many different types of blood tests and scans, but every test came back negative for known conditions.

At the hospital, they gave him three rounds of high dose prednisone (a corticosteroid used to suppress the immune system) through his IV and started treatment with the blood thinner or anticoagulant heparin.  After two weeks he was sent home. The swelling in his legs had almost completely resolved and he was feeling much better. We had to give him twice daily injections of the blood thinner enoxaparin, also known as Lovenox, which is understandably not very fun for an eight-year-old boy, but he handled the injections like a champ. He also had to have weekly injections of methotrexate (an immunosuppressant) to help control his immune system. After almost two years of the enoxaparin injections his blood clots had cleared and we were able to stop them after many months of clear ultrasounds.

Recently, in February 2013, we were told to stop the methotrexate as they felt he was now past this strange immune system attack. Within 2 weeks he began feeling sick with high fevers coming and going and the red bumps returning to his legs. He began methotrexate and prednisone again, but within a month he came home from school with extreme pain in his leg.  The blood clots had returned. This time we took him down to the Mayo Clinic in Rochester, MN. After multiple trips and many more tests and scans, we received the same diagnosis: No known cause. Every parent believes their kid is one a million, but apparently my son Kyle truly is with his rare condition. This round of treatment they have switched him over to Coumadin (also known as warfarin, another anticoagulant or blood thinner) so taking pills is much easier for everyone to manage. Right now, the doctors think he may need to be on anticoagulants and immune system suppressants for his entire life. As an eleven-year-old boy, this is very difficult for Kyle to understand.  We can only hope for new research and answers about his unknown condition.

Today, we take each day as it comes. This fall Kyle will have to give up some of his favorite sports, like football and hockey, as he is getting to the level of play where kids can get rough and the threat of a concussion is too high. He is still able to play baseball and is an amazing pitcher. In fact, he plays shortstop for his traveling team! I am there at every game, cheering him on, but always fearful that a ball, bat, or player is going to hit him. There are still some days where I just want to cry and ask, “Why him?” But, I know I have to be strong for him, although I feel he is much stronger than I ever was at his young age. Take Home Messages