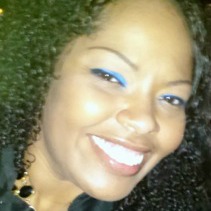 For all of my life, I have struggled with my weight. I saw a coworker who lost weight “overnight,” and when I asked her what she did to lose the weight, she stated that she had gastric bypass surgery. I was 23 years old and 346 pounds, so in June 2003 I decided to go for the surgery. That is when my nightmare started.

I went home a week after my surgery, and I followed my doctor’s order to walk as much as possible. I started walking around my neighborhood everyday. About a week later, I started feeling a pain in my chest. I told my friend, “It feels like I have a gas.” I drank some 7UP, hoping to burp it out, and I drank some tea, hoping to pass it out. Nothing helped. I finally went to the ER, and that’s when I found out that I had a blood clot in my lung, also known as a pulmonary embolism or PE. The doctors told me that it was because of my weight and my recent weight-loss surgery. I was fine with that explanation. After treatment in the hospital, I went home and forgot about my clot.

I lost 166 pounds, and I was pregnant with my first son several years later. In January 2007, I had a C-section to deliver him, and the night before I was supposed to be discharged, another PE happened. This time around, I knew the pain all too well, and while wishing that it was a gas, I knew that I was wrong. Since I was previously told that I had developed a clot due to my weight, I never mentioned my blood clot history to my OBGYN. I never used blood thinning injections that you are supposed to use when you have a history of blood clots or clotting disorders during pregnancy.

After I gave birth, I had to stay in the hospital on bedrest for 15 days. Not being able to come home with my newborn son was one of the hardest and most emotional situations that a new mother can go through. After this happened, I told my OBGYN that I had a PE in the past. He said that it was unusual for a 26-year-old person to have this many blood clots, and decided to investigate further. He ordered testing for clotting conditions, and confirmed that I had Protein C & S deficiencies.

In February of 2012, I was pregnant with my second child. When I first thought of having another baby, I was very scared due to my history of blood clots. I went back to my OBGYN, only to find out that he had retired. However, the doctor who took his place assured me that I would be fine as long as I took injection blood thinners every day. I followed orders and injected myself for nearly nine months, and I hated it. It was very painful, and I had horrible black and blue bruises on each side of my body.

Unfortunately, the injections did not prevent a third PE from happening to me. This time, I was able to leave the hospital with my baby, only to come back two days later. I had some other things wrong with me as well, and I was in the hospital for about three months.

In telling my story, you may notice that I did not mention any signs of painful, red, or swollen legs, and that is because I did not have any of those signs. I did develop a DVT after the third blood clot, but I was already in the hospital battling a PE, so when they checked to see if I had anymore clots, they found the DVT.

My advice to anyone reading this is that if you have at least one blood clot and are alive to talk about it, please get tested for blood clotting disorders – in my case I found out I have Protein S and C deficiency – and educate yourself as much as you can about blood clots and clotting conditions.

Do you have a thought to share? Join our online discussion community and connect with other people who have experienced a blood clot.