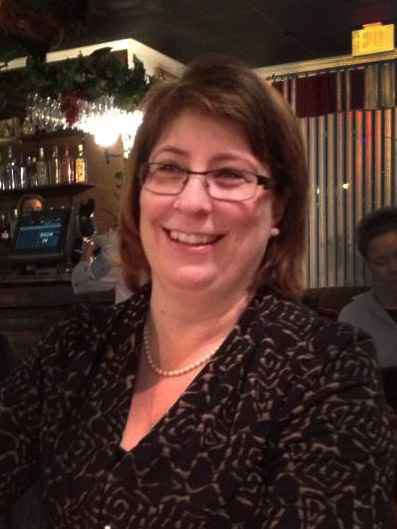 My name is Kathy and I survived pulmonary emboli in 2003.

I remember as young as 12 years old feeling pain in my chest. When I asked in 1979 it was dismissed as growing pains. When I asked a doctor in 1989 I was told it was panic attacks. I spent years thinking that I was unable to control my own stress.

For several years leading up to 2003, I was misdiagnosed with asthma. My medication became more and more intense as I found breathing more and more difficult.

In 2002, I suffered from pneumonia that I failed to recover. For a year I was told there was nothing wrong with me. I felt I was dying but I didn’t know of what and my doctors couldn’t find anything to explain my failing health.

On June 22, 2003, I felt the worst pain in my chest. It doubled me over. That evening my back felt hot as if I had a sunburn. The next day at work I couldn’t walk a few feet without gasping for breath and taking a rest.

I went home and called a health line. They told me to go directly to the hospital. That evening, I went through test after test finding nothing until a D-dimer was done and the result was a possible clot. I was given heparin and sent home for the night only to be brought back for a VQ scan (a nuclear scan that studies both airflow and blood flow in the lungs) that confirmed what looked like a “spray” of emboli in my lungs. I was told it looked like a large one had broken and sprayed my lungs with emboli.

All tests done again found nothing and I was told to prepare myself for “crap happens” that’s not in my nature! I pushed for more tests and 1 year later was diagnosed with protein c deficiency. I’m on a lifetime of warfarin therapy and feel so much better.

I now realize that since I started on warfarin, I haven’t felt the pain in my chest and small clots must have been dropping into my lungs for a long time. I count my blessings everyday. I survived two pregnancies and I have been fortunate enough to watch my children grow into young adults. My story should never have been a series of misdiagnosis, but because clotting disorders are not seen as common, they are over looked.

The real issue is that now I cannot use hormone replacement therapy for menopause. I am finding it very difficult because I’m suffering from very a many symptoms associated with menopause and the conventional treatment is not appropriate for me because of my clotting condition.