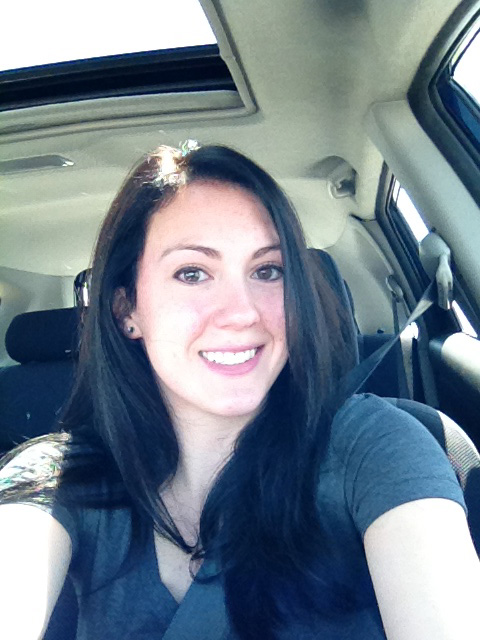 Hello, my name is

Hannah and I’m currently 23 years old. My story starts when I was 21. I had just graduated from college and I was moving back home to Helena, MT to start my career as a Registered Nurse. I had recently ended a 4-year relationship with my boyfriend.

My life dramatically changed when I moved home. I woke up one morning and noticed pain in my left shoulder. I thought I had slept wrong or pulled a muscle. The pain continued throughout the day and for the next few days. I slowly noticed that my left side was hurting, about in the middle of my lung, but again thought it was because I was “out of shape” or had injured myself.

The pain lasted about 2 weeks and increasingly became worse, to the point where the pain to lie down was so intense I had become used to sleeping in a recliner, sitting up, in order to prevent pain. My shortness of breath became worse and I thought it was because I was “out of shape” so I continued to work out at a gym, upwards of 2 hours a day.

I saw my primary care provider who recommended I get an X-Ray. He said I possibly had two broken ribs and sent me home. The pain continued and my mother and I began our research.

I went back to my doctor who did another chest X-Ray and diagnosed me with my pneumonia. As an RN myself, when I looked at the X-Ray it appeared to be infection invading both of my lungs, as worse as I’d seen any pneumonia. A Z-pack (antibiotics) was prescribed and I was told to come back in 3 days if it did not get better. I was also given narcotics (very strong pain medicine), which did not even touch the pain I was having.

Three days later, I went to urgent care because it was only getting worse. I was sleeping at a 90-degree angle, I could no longer work out, and the pain of even working was more than I could handle. I could hardly walk around my unit in the hospital without feeling like I had run a marathon.

I saw a PA (physician assistant) who finally decided to complete some blood tests, checking my D-Dimer  (a blood test that measures a material released when blood clots break up and helps diagnose blood clots) “just in case.” He called me an hour later to tell me I had an appointment at the hospital in an hour that I HAD to go to. After a contrast CT scan (an x-ray that can take detailed pictures of the blood vessels of the lungs), the radiologist told me I had shower (multiple) pulmonary emboli (lung clots, also called “PE”) in both of my lungs. I was immediately transported to the cardiac ER (emergency room) room, and shortly after admitted to the hospital to combat the clots. After one night, I was discharged home to give myself shots twice a day, followed by Coumadin® therapy (oral blood thinners or anti-clotting medication) for three months.

My pain slowly went away and my life returned to “normal,” as much as it could as a 21 year old Coumadin® patient. This illness has changed my life, I can no longer take estrogen-based birth control, and I am extra keen to any pain I experience in my lungs. Two years later, I still experience daily pain based on my damaged lung tissue. My ONLY risk factor before I developed PE’s is that I was on estrogen-based birth control pills. I read every label of every medication I take, based on my history of blood clots. Since my clots, I have had my blood thoroughly tested and I do not have any genetic abnormality or clotting disorder.

My story is so important for females to read. PLEASE read all medication package inserts and educate yourself on even the most serious conditions. I was on hormonal birth control for 5 years before I was switched to a “cheaper” birth control pill and established clots in my lungs. They never found any evidence of a DVT (deep vein thrombosis or leg clots). Today, I take progestin ONLY birth control and am “almost” back to normal regarding lung function.