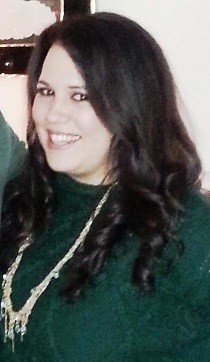 My name is Alyssa and I was diagnosed with multiple pulmonary emboli (PEs) in January 2012 at the age of 21. I have finally gotten past the “I can’t believe this happened to me” stage and have finally adopted the “I can do something about this” attitude. My three-year anniversary of pulmonary emboli is coming up on January 20, 2015. I am 24 now and I think that my story could be very eye-opening, especially for young women.

My story begins right after the first semester of my senior year at Villanova University, where I studied accounting and was co-captain of the Villanova Dance Team. I had this nagging cough that wouldn’t go away, but I thought to just push through finals and deal with it when I went home to NJ. A week or so later, around Dec. 20th, I began to cough up blood and went to the medical center in my town. I was nervous about the blood and was supposed to travel back to Villanova to dance at a basketball game that night. The doctor there diagnosed bronchitis, and gave me an antibiotic to start taking right away. I decided not to dance that day (thank goodness, as you will see later on – a series of decisions like this could have actually saved my life).

I started taking the medicines, but that night, I had unbearable chest pain. I couldn’t sleep, couldn’t lie down, and could barely breathe. I was crying all night until my mom took me to the ER around 6:00 am. I was so scared. They did an x-Ray, and decided that the pain was from strained ribs after coughing so much. I was skeptical, but I also saw the x-Ray and nothing seemed too alarming. They gave me a different antibiotic, in case I was having a reaction to the original, as well as some pain medication. I willed myself through the holidays, but nothing got better. I never slept, because it hurt so much to lie down and I was still coughing up blood. On top of those symptoms, I also started to run a bit of a fever. A few days after Christmas, I went to my regular doctor, again, explained all of my symptoms, and she sent me for a CT scan (without contrast dye). The scan came back with a ‘foggy’ patch over my lungs that she diagnosed as pneumonia. Again, she gave me a variety of medications. I was supposed to go on a trip to Disney World for New Years with my boyfriend, but I was still coughing up blood and not feeling well. We decided to reschedule our trip, because I really didn’t see myself having the strength to travel (another decision that probably saved my life).

Fast forward to around January 19th, nearly a month after my first doctor’s visit. It was the night before I was supposed to return to college for my final semester. I still had excruciating pain and I had tried everything:  Heating packs, blessings from my Italian great grandmother, hot baths, countless medications and doctors visits.  Nothing helped. Everyone kept telling me it was the pneumonia and that it would take time to heal, but the pain was so unbearable. I hadn’t slept in almost a month. My wonderful mom stayed up countless nights with me to calm me down while I tried to assure her I would be okay on my own (but she was still very nervous about me returning to school).

That Sunday night I went to the ER again on the insistence of my parents. We called my doctor and she was concerned that I might have had pleurisy, an inflammation of the chest and lungs, as a result of the pneumonia. The ER doctor seemed very concerned with my high heart rate, shortness of breath, and how I had been coughing up blood. They gave me a shot of pain medication, and scheduled another x-Ray and CT scan. After the x-Ray, the doctor saw some shadiness over my lungs, and said he was going to do a CT scan with contrast dye. He said the worst case would be a blood clot.

After the scan, he came back and told me I had multiple clots in each lung. He couldn’t believe I had survived as long as I did with all of the clotting. He immediately asked if I was on birth control (I had been for four years) and he made me immediately remove it. I ended up getting blood thinner injections and spent four days in the hospital.

Since my release, I have seen a pulmonary doctor, who explained I had more than 10 blood clots in each lung, and a hematologist, who ran several tests. We discovered that I have Factor V Leiden (homozygous), Factor II Prothrombin, and other protein deficiencies, that result in a higher likelihood of blood clots. I have been placed on blood thinning medication for life and get routine blood tests every two weeks. I am thankful that I was young and healthy enough for my lungs to recover. Sadly, I was not allowed to continue dancing (for fear of bleeding) during my last semester of college. My teammates and friends were extremely supportive, but it was still really hard to miss out on dancing at my last college nationals dance competition. Despite all of this, I only missed a few weeks of school and was able to graduate with honors.

At the end of the day, I am grateful for all of the support from my friends and family (especially my parents, bless them) and all of the decisions that prevented the situation from becoming worse. I think it is important to spread awareness, especially to young women, because so many are prescribed contraceptives without being fully warned of the consequences – especially those with undiscovered clotting factors.