Blood Clots Can Happen to Anyone, At Any Age: Tamara Norris’ Blood Clot Story 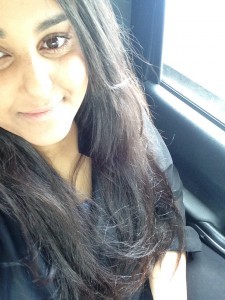 Blood Clots Can Happen to Anyone, At Any Age: Tamara Norris’ Blood Clot Story

First, let me state that I am only 23 and I am too young for this to happen to me, but it happened. At the hospital I was admitted to, everyone knew me because I was the youngest person that ever came to the ER with a DVT and PE. It was scary and I had just been diagnosed with Polycystic Ovary Syndrome (PCOS) and was put on birth control as of January of 2015. Fast forward from there two months, I just got married to an active duty Marine and moved my life from Georgia to Virginia. I started to notice that I was getting severe Charley horse pains in my right leg to the point that I was crying in pain and gripping anything in sight to ease the pain. I thought maybe I was just dehydrated.

About a month later, I started my new job that is about 30 minutes away from my home, but thanks to the traffic of a big city, I was sitting in my car two and a half hours a day trying to get to and from work. I started noticing that I had a hard time breathing just getting up from my seat at work, walking a few feet, getting in my car or even walking up the stairs. Than came the pain behind my knee. I started recently working out, so I thought I pulled a muscle and treated it as such. It soon went away. The chest pain and shortness of breath continued for another month. I went to the ER one night because I felt like I was having a heart attack. I was diagnosed as having severe low iron and sent home.

A week later, the severe knee pain came back and my leg got extremely huge. I was at work when I stood up and felt as though I was going to pass out, but I am stubborn and just slowly walked it off, went home and went to bed.

The turning point was when I was limping around at work one day and my co worker, Kathy, asked to see my leg. I showed her and told her I had not been working out and my leg just swelled up and I had pain to the point I was trying not to cry at work. She offered to take me to the ER and I kept saying no. She drove me to my car since we work at a place with a huge parking lot and the whole time I was trying not to cry from the pain.

My spouse was in California, my dad was in Germany with my stepmom and my mum lives in England. My extended family was in Nebraska. Only my sister-in-law, who lives with me and my husband, were in Virginia. As soon as I got to my car and I waved to my co worker that I was okay, I broke down gripping the steering wheel, crying and screaming in pain. Thinking I had an hour drive home and was in such pain, I called my husband in tears and he told me to go to the ER.

I finally caved and went and picked up my sister-in-law because I could not walk on my own and was scared to be alone in a hospital. We arrived at the ER and I got checked in. The hospital admissions person asked me what was wrong and I broke down and told her everything. She stared at me and said she was worried I had a blood clot and that is when everything went crazy. I got a heart test that showed irregular heartbeats and a Doppler done (which might hurt with severe leg pain). The nurse who did the test is probably scared of me, because I howled the whole time. It hurt so much. Not even 10 minutes later, they put me on an IV and told me to take a pregnancy test.

After they confirmed I was not pregnant, I got the CT scan that showed that I had blood clots in both my lungs and a huge clot in my right leg. I broke down, I was scared. I had no idea what a PE or a DVT was. Everyone in the ER calmed me down and explained that I am extremely lucky, because one of the clots was very close to my heart. My husband rushed to Virginia from California and my dad made arrangements to come back to the states from Germany to be with me. I was admitted to the hospital for five days.

It was the worst time of my life. The pain was horrendous, shots in my stomach, nurses constantly coming in and out, and the fact that I was alone for the first day and a half (I told my sister-in-law to go home and rest since we were in the ER for over 12 hours). It was just miserable.

Once I was able to leave, I had strict instructions. I had crutches because my leg was so swollen and still in pain and I could not walk on my own. I was put on warfarin, which I continue to take. It has only been three months since this whole ordeal. Everything is still so new to me, like being on blood thinners. I also have to take a test to see if I have a blood disorder. They are still trying to figure out what caused my clots. They say I was not on birth control long enough for that to cause all the blood clots. I am still trying to get healthy and figure out what this all means and how it will affect the rest of my life.

To learn more about how blood clots are diagnosed, click here.