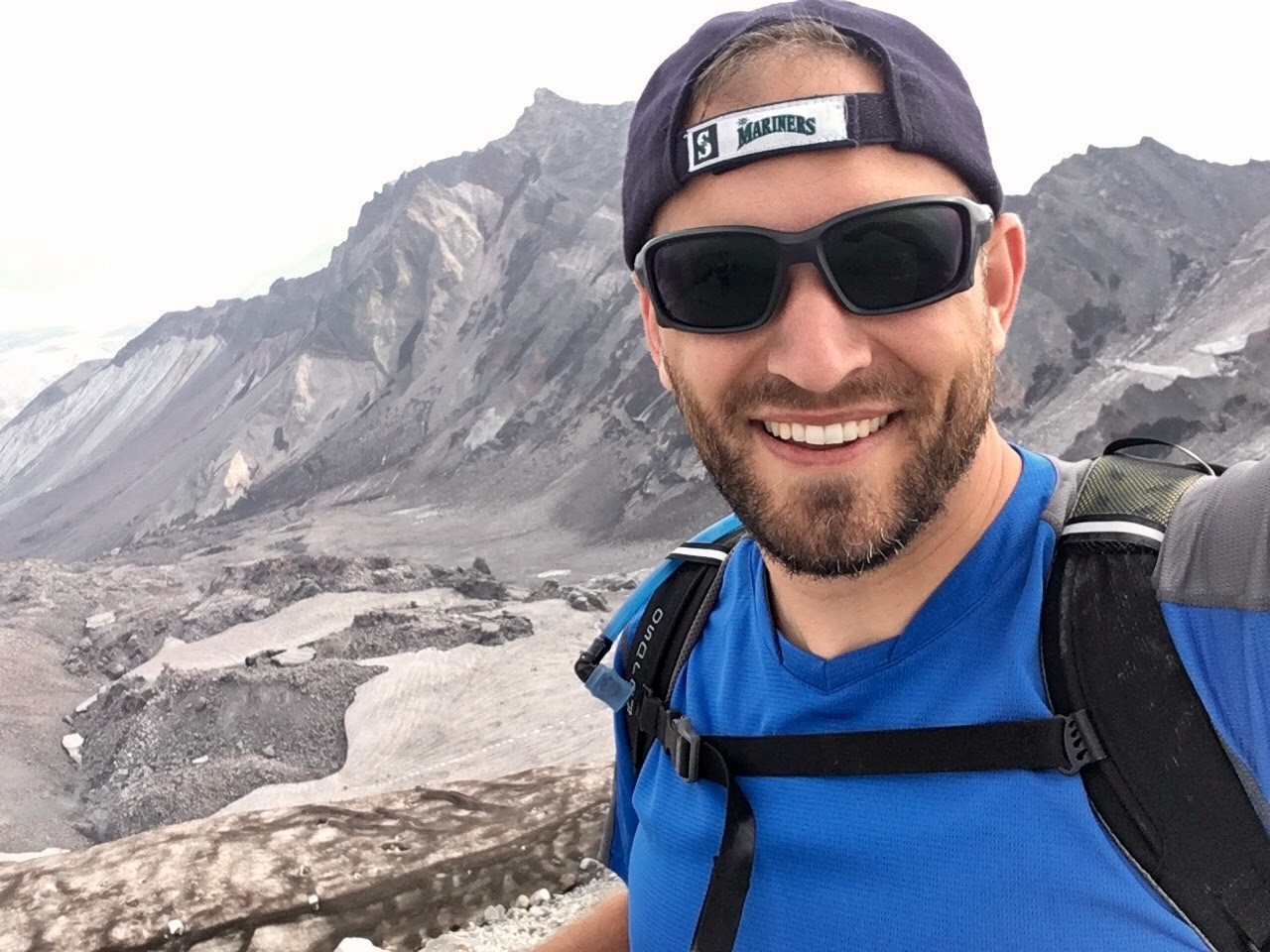 In February of 2017, a friend challenged me to climb Mount St. Helens in August. At the time, I figured this was an easily attainable goal and we signed up.

April came and I noticed some soreness in my right calf. During my lunch breaks I would climb the stairwell at work (16 floors), and my calf seemed to hurt more when I was climbing. I instantly wrote it off in my head as muscle pain, so I didn’t see this as a concern. After a few days, the pain persisted and I began to take notice. A week later, I noticed an area on my calf turning red and there was some swelling. My calf and ankles would swell up a little from time to time in that leg since I had ACL surgery in 2009, but I wrote it off as a minor irritation.

Nothing really became alarming to me until the pain began to interfere with my daily life. I have a desk job and wear compression socks every day, but my calf would not stop throbbing when I stayed seated or even when I went to bed. Easter weekend came and I decided to go to Urgent Care after a little urging from my wife. The doctor on duty took a look at my calf and told me to head straight to the ER. Ultrasounds were done on my right leg and I was informed that I had a few small blood clots causing the irritation and swelling. They put me on a new oral anticoagulant and advised me to follow up with my primary care doctor.

My primary care doctor referred me to a hematologist for blood tests, since it was an unprovoked blood clot. My tests came back positive for factor V Leiden with two gene mutations identified (homozygote). I was told that I would be on blood thinners for life and the hematologist strongly encouraged me to have my parents and my sister tested. My family had tests done and it turns out each one of us has factor V Leiden. We heavily relied on NBCA’s resources to educate us on how this is passed genetically and shared our results with our extended family.

I am often asked, “How has your blood clotting experience changed your lifestyle?” When this happened, I was only a few months away from my planned climb to the top of Mount St. Helen’s, and I felt discouraged and defeated. I’ve always been one to set a goal and do everything I can to accomplish it. August 11, 2017, I was able to make it to the top of Mount St. Helens and it felt so good. It wasn’t the tallest mountain in the world, but it turned into a bigger feeling of accomplishment than I ever expected. I hope my story can inspire others to overcome their clotting experience. Don’t give up!