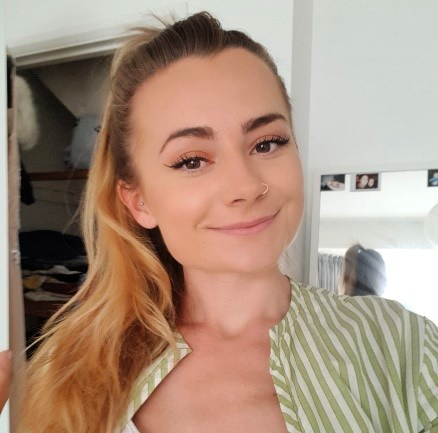 My story begins in February of this year when I felt a sharp, intense pain in my ribs. Assuming it was a pulled muscle from a workout the day before, I didn’t think anything of it. But by 4:00 in the morning, the pain woke me up.

I called the non-emergency services here in the United Kingdom, assuming I would be told to take a pain reliever and have a cup of tea, but instead an ambulance was sent. A series of tests and scans showed multiple blood clots in both of my lungs, also known as pulmonary embolism (PE). I was discharged the same day with a prescription of a new oral blood thinning or anticoagulant medication.

Due to the impact of COVID-19 on an already stressed United Kingdom National Health Service, I never received a follow-up appointment. A couple of months later, the pain returned and my arm was blue. Another scan showed a new clot had formed despite being on anticoagulant therapy. I was switched to another blood thinner called warfarin.

The circulation to my hand improved a little bit, but some months later I began to struggle to hold up my arm long enough to wash my hair. I went back to the hospital, and, of course, my hand looked fine when the doctor came. The team agreed to do a venogram, which is a scan to look at the veins, for my peace of mind. The venogram showed a large clot in the vein just below my collar bone. I underwent a procedure called thrombolysis, which involved me being hooked up to a machine for 24 hours while a clot-busting drug was sent into my veins. I then had a balloon put inside my vein to open it up.

I was scheduled for surgery the following week to remove a bone that was pressing on this vein and may have been causing it to get blocked. The day before surgery, the procedure was canceled as the pre-op assessment showed the vein had already collapsed again, making the surgery pointless.  My body has grown extra veins, so the blood supply to my hand is okay.

It is important to say that I did not meet any of the risk criteria for developing a clot. I was not on hormonal contraception, I did not have high blood pressure, I was not overweight, and I was only 21 years old. I had 25 tests for underlying genetic conditions and every single one was negative. I remain a medical mystery. Currently, I inject myself twice a day with blood thinners, and I will be on some form of anticoagulant therapy for life.

An invaluable piece of advice I have learned from this experience is to trust your instincts. Ignoring them could cost your life.