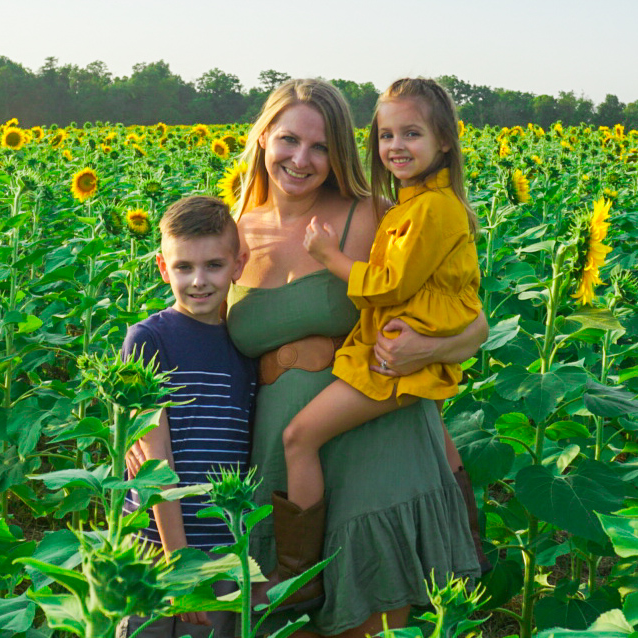 My name is Amber, and I am the mother of two children, a runner, and a nursing assistant. I lead a fairly active lifestyle. In August of 2019, I started birth control. I had previously been on birth control for several years before having my children, so I thought nothing of it when my doctor recommended going back on it to help with menstrual cramps. October 8, 2019, is a day I will never forget, as I woke up that morning, just two days after my 31st birthday, to make sure my son was getting ready for school when suddenly I experienced a sharp pain in the center of my chest that was so intense that I dropped to my knees. It was like nothing I had ever felt before. I started hyperventilating, sweating, and I was dizzy. My heart felt like it was going to beat out of my chest. I told my husband he needed to get me to urgent care.

My diagnosis was a saddle pulmonary embolism (PE), or a blood clot that straddles the area where the pulmonary arteries branch off into both lungs. I had a clot that extended all the way from the right lung into the left lung and also into the ascending artery. I had right-sided heart strain because the clot passed through my heart before lodging into my lungs. I will never forget my doctor telling me how lucky I was to be alive and that clots the size that I experienced were usually only found during an autopsy.

No genetic reasons for my blood clot could be found, so it is assumed that my hormonal birth control was to blame. However, due to the size and severity of the clot, I will stay on a blood thinner forever. It took me almost six months to feel better, and an even longer amount of time to feel normal. It has been one year since I experienced a PE, and I’m still haunted by physical pain and emotional scars. I am on two anxiety medications. One of the biggest problems to come from this has been the fear and anxiety of it happening again while I am alone with my kids. I was unable to work for a few months, which also contributed to a lot of stress. Over the last few months, I have started to find myself again. I began running again, although at a slower pace and with decreased lung capacity. I can finally play with my kids again without getting out of breath or exhausted. I still have some rough days, but they are becoming fewer and far between.

I want everyone to know my story because I am still in disbelief that this could happen to me. Every woman should know the symptoms of and risk factors for blood clots. Most people I talk to have no idea what a PE is or what symptoms to watch for.  In hindsight, I had missed several warning signs by dismissing them as something else. I thought the cramps in my leg were nothing more than a bad Charley horse. Now, I know that was most likely a deep vein thrombosis (DVT), or blood clot in my leg, and the source of the PE. The frequent chest pain I had been experiencing during the weeks leading up to my PE was dismissed as nothing more than an anxiety attack. The fatigue was attributed to the hot weather.

It is so important to know that this can happen to young, healthy women. Know your risks. Know the signs.