Skip to main content
Home / Patient Stories / The Hardest Thing I Have Been Through: Natalie’s Story

The Hardest Thing I Have Been Through: Natalie’s Story 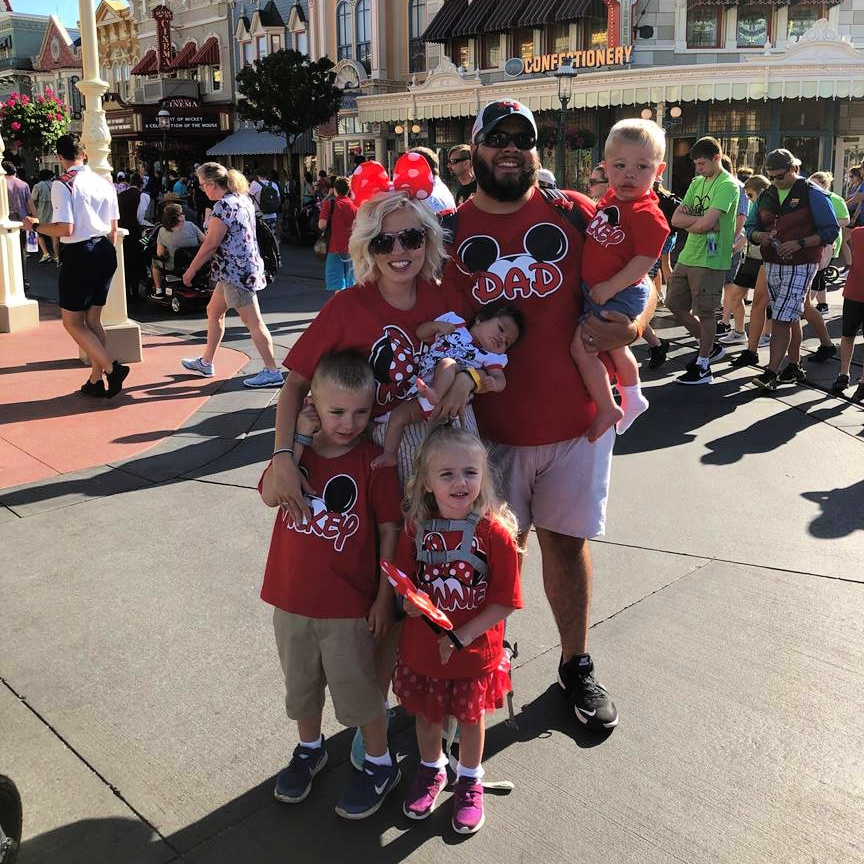 The Hardest Thing I Have Been Through: Natalie’s Story

A few days after my fourth daughter was born, I went to the emergency room (ER) for terrible leg pain. They did an ultrasound and assured me I did not have any blood clots. I went back again for a second time because I was certain I had a blood clot. Again, they sent me home and told me I was dehydrated from breastfeeding. I felt like no one was listening to me or addressing my concerns. The pain got worse and I pushed through.

Finally, about nine days after my C-section, I could not take the pain anymore. I went back to the ER for the third time. Less than an hour later, an ultrasound confirmed I had two DVTs. I was terrified. The hours after that were pretty much a blur. I was not scared of dying, but I was scared of leaving my four precious children. The one thing I remember very clearly about that day was the doctor coming back into the room and saying, “Natalie, you have two blood clots behind your knee, but God is still good.”

The weeks that followed were hard. It was hard not just for me, but for everyone in my family. I went to the ER numerous times. I was on low molecular weight heparin injections until I could be therapeutic on warfarin. I had to do those injections for over a month. In the midst of my physical pain, which improved in about a week, my emotional pain and mental pain were almost more than I could bear. I went in for a leg ultrasound about a month after they found my DVTs, and the doctors assured me that they would still be able to see where my clots were. When they started the scan, they saw that they were completely gone. My family and I prayed that would give me peace of mind, but it didn’t.

I do not have any genetic blood clotting disorders. However, no test, no ultrasound, or no doctor could give me that peace of mind. How could this happen to me? I was angry with myself for letting what I went through consume my life. My fear was crumbling my faith. I had a great hematologist and every time I came in, he said I reminded him of a Da Vinci movie since I was so dramatic. I was on warfarin for about six months. I was terrified to go off warfarin, but my hematologist assured me it was time. He was ready to do more testing to make sure I did not have any other clotting disorders. I went back to the ER multiple times and had numerous scans, but I did not have any more clots.

All my tests came back great and God has truly blessed me with my health. I also went to eye movement desensitization and reprocessing therapy for the post-traumatic stress disorder I have experienced since my blood clots. I take a baby aspirin every day, but my fear remains a constant struggle. If you are reading this and you are going through the same thing, I want you to know that there is victory to be had. The only way I truly got peace of mind was through my faith in Jesus Christ.

You know your body better than anyone else! If you feel like something is wrong, go in. Trust the doctors, but also do your own research. The personal stories on NBCA’s website and the online peer-to-peer discussion community are amazing, so reach out.