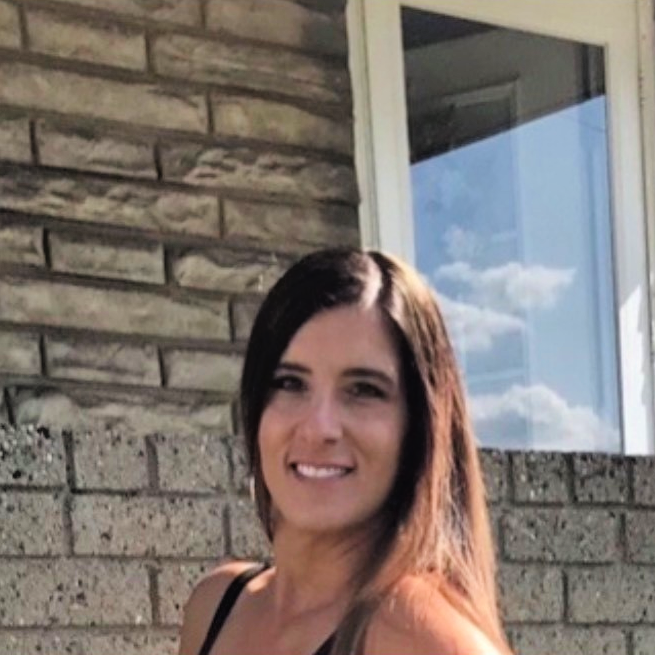 On July 4, 2014, I was mixing pancake batter for my kids and their friends who had spent the night at our house. I felt excruciating pain in my chest. Every breath felt like I was being stabbed. I actually laid across my kitchen counter and tried to take shallow breaths. After about 20 seconds, the pain was gone. I was only 36 years old, and I didn’t know anything about pulmonary embolisms, or blood clots in the lungs. I went about my day celebrating the 4th of July, and I felt okay.

For the next week, I noticed that I was out of breath walking upstairs. The top of my right rib cage was sore to the touch. I couldn’t sleep on my right side. I actually thought that I pulled a muscle. Around midnight, about a week after I had the chest pain, I Googled my symptoms. That’s when I realized that I needed to go to the emergency room (ER). I was admitted to the hospital with a blood clot in my lung, and I spent the next three days in intensive care. I spoke to the cardiologist while I was in the hospital, and since I had no risk factors for blood clots or clotting disorders, he believed that the clots were caused by my birth control. I had just started using it a couple of months earlier. I spent the next six months on blood thinners. I was told that I could never use hormonal birth control again, and I did everything I was told to do.

On May 1, 2017, I threw my purse onto my right shoulder. It hit the top of my rib cage and I felt soreness. I realized it was the same exact spot that was sore with the blood clot I had almost three years earlier. I kept telling myself that there was no way this was happening again. I headed to the ER even though I thought I was overreacting. I was diagnosed with multiple bilateral blood clots in my lungs. I was devastated and scared. I could not wrap my head around the fact that this was happening again. I remember my brother calling to check on me while I was in the hospital and I said to him, “Is this what will kill me one day?” As a mother of two kids, I was terrified at the thought.

I began seeing an amazing hematologist. He ordered another round of testing just to be sure that I did not have a clotting disorder. I do not. We have decided that I will most likely take a blood thinner for the rest of my life. While I was recovering from the second incident, I thought to myself, “I’m either super unlucky to have gone through this twice. Or, I’m super lucky to have gone through this twice and still be alive.” I chose to focus on the latter. I know how lucky I am to still be here to tell my story. I’m beyond grateful for that.