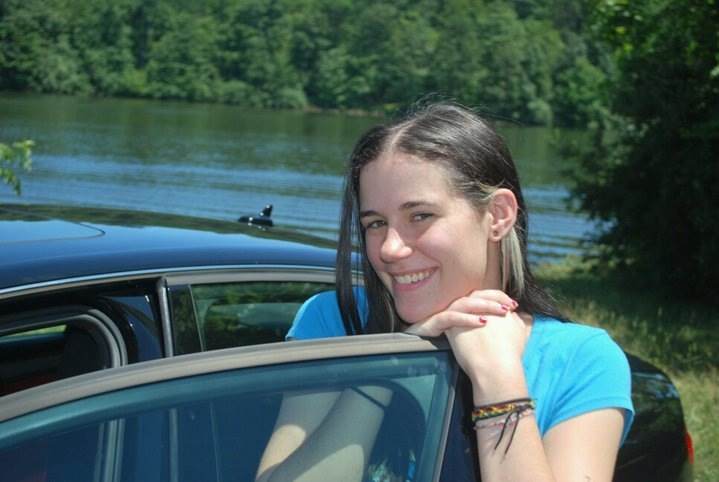 When I was 23, no one knew any better of my genetics. My parents adopted me, and I had no medical history. For the most part, I had a healthy childhood. I had my fair share of broken bones, all in my arms and hands, from various sports. But I never had any complications, besides some lingering pain my left arm. Everything was great. I was set to graduate with a mechanical engineering degree, had a job, and anything a girl could ever want. I was on birth control (NuvaRing) for at least seven years, being on an oral contraceptive prior to that, due to severe cramping.

One day I was at my part-time job, when I felt this awful pop in my ankle. I heard it, too. My ankle looked awful, but wasn’t swollen. I thought I tore my Achilles tendon, because the back of my ankle was suddenly flat. I called someone to bring me home from my job that night, because I couldn’t drive. I don’t like to run to the doctor with every little twinge I have, so I enacted my usual “if it hurts in a week, I’ll call” method. The next few days were awful, with my leg shaking every time I tried to put weight on it. After a few days, I couldn’t feel my toes or bend my foot up or down. It wasn’t swollen at all, and I didn’t have any signs besides pain.

It turned out I had a massive DVT in my calf. The urgent care doctor took one look at my leg, and said it was either broken or I had a blood clot. He did an x-ray and sent me for an ultrasound, “just to be safe”, before handing me a huge packet on blood clots. I went to the medical center for my ultrasound, where the nurse performing it casually asked if I got blood clots frequently. As soon as I returned to the waiting room, another nurse came to take me in the back. A younger man was pacing in the hallway waiting for me, who was presumably my doctor. As soon as he saw me, he ran up to me and said “do you know you have a blood clot?!” I, uh, well now I do. Seemingly, I was probably his first patient that day that was likely to drop dead in his office. He called the ER (emergency room) to let them know I was coming, and off I went.

The ER took me in immediately, much to the distraught of the twenty patients that had probably been there for hours. They placed me in a room, and shut the door. I quickly realized that they did that because they didn’t want me to have a PE (pulmonary embolism) in front of other people. A doctor came in quickly to talk to me, and was shocked I was alive. Apparently I had a blood clot my foot to the back of my knee in all my veins. I was given heparin and warfarin (blood thinner or anti-clotting medication). The doctor gave me the choice of staying overnight, which I declined. I despise hospitals.

I went home and gave myself injections every night. Due to a miscommunication with my physician, my INR (a blood test that measures the effectiveness of warfarin) went up to somewhere between a 5.0 and a 6.0 (an INR range of 2.0 to 3.0 is considered adequate in most situations). I remained on warfarin for six months. The cause of my clot was genetics, heterozygous Factor V Leiden (a genetic clotting disorder). I go back and forth between positive and negative for Protein S deficiency (another genetic disorder). I’ve mostly recovered from my clot now, except I still can’t fully bend my left foot. I can’t curl my toes either. I guess that’s a decent trade-off for being alive. My doctor remains “optimistic” that I’ll regain function in my foot, but I know he just doesn’t want to tell a 25 year-old athlete that it’s permanent.

I don’t do anything too differently now. They took me off birth control. I sit in aisle seats of airplanes. I drink more water now. And I’m grateful for everything in my life. Things could always be worse.