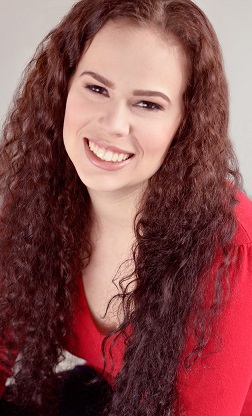 On October 25th, 2012, I called my boyfriend to come and pick me up from work, despite living just a 10-minute walk away. The bad shoulder and back pain I had been dealing with in recent days turned into a sharp stabbing sensation throughout my body, leaving me breathless and unable to walk more than a few steps at a time. I pride myself on my ability to walk things off, and I have a very high tolerance for pain, so it made me very anxious thinking that it was a bruised rib. I had hoped that my boyfriend would take me home and put me to bed, but at his insistence I ended up at the Emergency Room at Burnaby Hospital instead.

The ER wasn’t insanely busy that night, but there were enough people ahead of me that I was worried when they pulled me into the back room almost immediately for testing. They started running tests on my heart to make sure I wasn’t having a heart attack. After they ruled a heart attack out fairly quickly, there was still something about my heart rate that worried them. I was immediately sent in for a chest X-Ray and blood work. I kept asking the nurses to just pop my rib back into place and send me home, but was told I needed to stick around for the results of my blood tests because my chest x-Ray was all clear.

During my entire ER experience, I couldn’t quite shake the feeling that everyone was tiptoeing around me. At around midnight, less than three hours after getting to the ER, I was given the most awful shot of blood thinners and then sent home. I was told the shot in my arm was preventative and that it was highly unlikely there was anything wrong, but I would have to go back the next day for a CT scan.

After a sleepless and very painful night, I went in for my CT scan. I was hooked up to an IV and told to lie still while a machine took scans of my lungs. It hurt so badly to lay flat and breathe deeply that my body was convulsing.

A resident in the waiting room was telling me I was likely dealing with bad muscle bruising in my back when the CT scan results came in. His face dropped while he was reading them and he excused himself quickly saying, “I think you may have a pulmonary embolism.  I’ll be right back.” He went across the hall where I could hear him and the doctor arguing about why I hadn’t been admitted or seen by a specialist. There were phone calls placed, more blood thinner shots administered (this time into my belly) and a few hours later I was admitted into the cardiac ward for monitoring. I spent the next six days in that bed, not allowed to get up to use the washroom, not allowed to shower, and closely watched. I had a fever and accelerated heart rate. I was asleep most of the time.

Luckily for me, my blood clot story ends with being discharged from the hospital. I spent the next 7 months on oral blood thinners, and I still deal with anxiety, some chest pain and shortness of breath, but it was determined that my pulmonary embolism was caused by my birth control pill and not other risk factors. I can’t say I live without fear that it will happen again, it’s incredibly hard to bounce back after being treated so fragile to living a normal life again. I cannot say enough good things about the nursing staff that took care of me. They always had a smile on their face, they always stuck around to chat, and they didn’t fuss about my boyfriend staying the entire 6 days in the hospital with me.

After having nurse after nurse and doctor after doctor tell me how lucky I am to be alive, all I can do is agree with them and continue to live my life as full as possible.