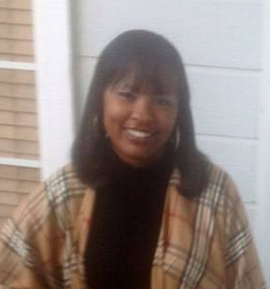 I’m a thirty three year old, healthy mother of three children, and I was diagnosed with a Pulmonary Embolism in July, 2013.

I vaguely recall bumping my left shin on my platform bed, and feeling a leg cramp. It had been a long time since I had a leg cramp, but figured I needed to eat more bananas for potassium, which helps prevent leg cramps.

A week later, Saturday, July 13th, I felt a tightness in my chest. I thought, “Gee, I am gaining weight!” I was breathing shallowly, but assumed the Sacramento summer heat was getting to me.

The following Monday morning, I drove to work and I was feeling a little lightheaded. I called my mother once I got to work. She told me to call the doctor. I thought my mother was overreacting, and I told her if the tightness persists, I’d consider making an appointment.

That day, I climbed a set of steep stairs near my office building, which I normally had no problem doing; but this day, every step was agonizing. I couldn’t catch my breath, and had to pause with each step. I still didn’t think anything was wrong – just assumed it was time to start a new exercise regimen. On the drive home from work, I felt the tightness again, so much so, I needed to take my bra off.

Tuesday was the same symptoms, only more intensified. As I breathed, there were sharp pains on the left side of my chest and I couldn’t take a deep breath. I’d listen to Podcasts and had trouble comprehending what was being said. On my drives to and from work, it felt like I was even starting to black out.

On Wednesday morning, I barely made it to work. I was so dizzy and disoriented by the time I arrived. My mother called me and asked me how I was feeling. I told her, “like crap.” She demanded I call Kaiser’s advice nurses and make an appointment. I was so busy at work. I was a new arbitration specialist for an auto insurance company. I had workaholic tendencies, and the thought of going to the doctor felt like a waste of time.

I decided to listen to my mother because the dizzy episodes were starting to freak me out.

I called the advice nurse. She placed me on hold to consult the on-call doctor. When she got back on the line, she said, “I do not want to alarm you, but you need to get an ambulance or have a co-worker drive you to the ER (emergency room) right now.” I was like, why? She proceeded to tell me that I had life threatening symptoms, and then said, “I wish you all the best. I am sending you waves of light. May God bless you.”

I began to sob. I called my husband and he picked me up to take me to the ER. I was too cheap to call for an ambulance, and I really didn’t want to bother my co-workers in the event that there was nothing really wrong.

I went to the ER and the staff attended to me right away. They ran some blood tests, one of which was a D-dimer test. While the nurses were out, I googled on my smart phone what a D-dimer test was for. I realized it was to rule out blood clots. A few minutes later, a doctor confirmed the diagnosis.

A CT scan confirmed I had a blood clot in my left lung. I was prescribed Lovenox injections and warfarin. Two days later, I was back in the ER with excruciating pain on my left side. The ER doctor explained that the pain I was feeling was the area where the PE was caused that part of the lung to die – a pulmonary infarction. They gave me Norco for the pain and I went home.

I feel like a combination of things caused my PE. I have a sedentary job where I sit for many hours per day. I bumped my left leg, which likely caused a DVT (blood clot in the leg). I was once a smoker. I did test negative for genetic clotting disorders. They still do not know officially what caused it, so I will be on blood thinners the rest of my life.

I made some changes in my life. I take frequent breaks at work now. I exercise. I go to the doctor when unusual symptoms pop up, despite what the financial costs may be. I now put my health first in my list of priorities.