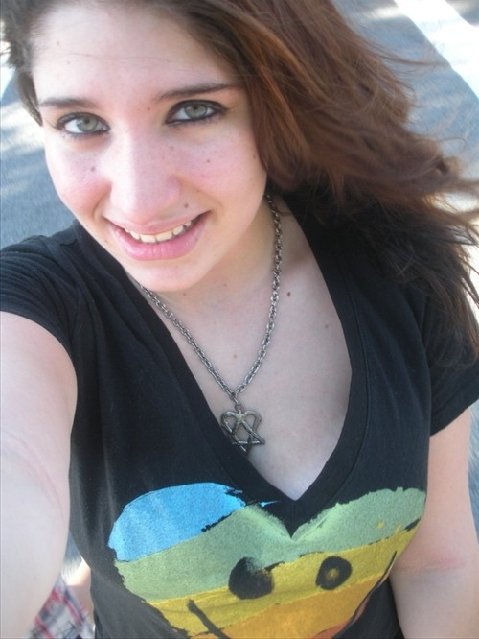 Note: This is Theresa’s story, as told by her mother Laura Femia Buccellato:

My  story……….My 16 year old daughter Theresa came to me and told me she had  sexual intercourse for the first time.  I was not happy about it, but I was happy she came to me about it. She asked me about going on the pill, and yes, I made an appointment with my obstetrician, who also delivered my daughter.

We talked about options, and the doctor felt Theresa should go on a low dosage pill, called Othro-Cept. Theresa was on the pill for a month and a half.

Theresa was out with her friends in a pizza place, and all of a sudden she felt sick. She told her friends she had a headache, and put her head on the table. After a few minutes she started to get delirious and was growling in pain. One of her friends asked the waitress for help. The waitress knew my daughter; two days before this her daughter received an invitation to my daughter’s sweet 16 party. The waitress told them to put water on her face and that was it.

My daughter continued to get sicker and threw-up on the floor. Finally the waitress came over and instead of helping, told them that was gross and to clean it up. Finally one of my daughter’s friends called my husband (He is no longer my husband because of all of this). He said when he got there, Theresa’s head was on the table. When he lifted her face, she was soaked with sweat, eyes rolling behind her head, and turning blue. He then called an ambulance and called me. For 45 minutes she was in distress in the pizza place but no one helped her.

I got there 10 minutes later and she was out cold on the stretcher.  As soon as we got in the ambulance, they ripped opened her shirt and started CPR. I knew she was dead in the ambulance, but they still tried to revive her at the hospital.

The autopsy showed she had a blood clot in her leg, which caused a pulmonary embolism.  The clot was caused by the pill. We were told then that she had Factor V Leiden, and that our whole family needed to be tested.

It turns out she got it from me, and I never knew I had it, nor ever heard of Factor V Leiden. I am not sure if I got it from my father’s side or my mother’s side. I have read that people from the Mediterranean often get this, and my dad was born in Italy; but at 32 my mother also suffered a major stroke.

My sister, and two of her 4 kids  – one girl, and one boy – were recently diagnosed with Facto V Leiden too, but one of my nieces got it from both parents. After researching this condition, I found out a simple blood test would have told us my daughter was not a candidate for the pill. The doctor told me they never mention it to women and girls because insurance companies don’t cover the test; so, people are not given a choice to pay out of pocket. I was told only 1 out of 10,000 die from it so my daughter is just a statistic to them.

This disease killed my only child, my best friend.  I might still be walking around this earth, but in essence it killed me, and it killed her father also.
Take Home Messages