In Memory of Jason Michael Hilty: His Blood Clot Story 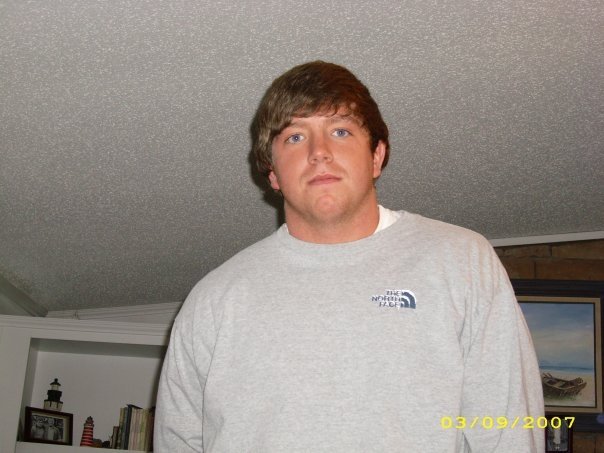 In Memory of Jason Michael Hilty: His Blood Clot Story

Note: This is Jason’s story as told by his mother, Becky Hilty

This story is about my son Jason Michael Hilty, born November 9, 1988. Jason died of a DVT on September 20, 2008. He was 19 and a second year student at Auburn University in Alabama.

Jason had been complaining of pain in his right leg. He came home from school and went to an orthopedic surgeon on the Monday a few days before he died. Jason told the physician his leg hurt but did not know what had happened to make it hurt and swell. He had been rough-housing (usual for a teenage boy).

The physician did a routine x-ray to rule out broken bones, but nothing was broken. The physician had seen Jason before. He had been told at previous appointments that I had a history of a DVT. I could not go with my son to this appointment.

I had lunch with Jason after his doctor’s appointment. The doctor gave him a knee sleeve (to keep his leg from bending) and some NSAIDS (anti-inflammatory medication). The physician stated that he may have torn something in his knee, or might have a cyst behind his knee. The physician told Jason to come back in 3 weeks for an MRI if it still bothered him.

Well, Jason went back to Auburn and I received a call from him on Thursday that his leg was still hurting. He told me to tell his brother to bring him his crutches. Jason had had problems with his left ankle from playing football so he had crutches. My other son, Kyle, was going to stay with him for the weekend. I was dealing with my mother who lived in Tuscaloosa, AL, and had pancreatic cancer. I went to my parent’s house every weekend to help my mother

Well, I will never forget the call I received on September 20, 2008, at 2 AM from my son, Kyle. He called me crying, and saying that an ambulance had to get Jason because he had problems breathing and fainted. My husband had to drive 45 minutes to the hospital in Auburn, AL from our home in Wetumpka, Al. When he got to the hospital, everyone was crying. Jason had died. The physician in the ER stated she tried everything. He died of a Pulmonary Embolism (PE).

What I later found out was that Jason had died in his apartment. He was wrestling and passed out, got up and passed out again when Kyle and Jason’s roommate took him to his bedroom. By that time the ambulance was on its way to get him.

It has almost been 5 years and the pain of losing a child never goes away. I myself had a blood clot in my right leg almost 15 years ago. At that time they did testing and found out I had a Protein S Deficiency. After Jason died, I had other testing done and found out I have Factor V Leiden. Now I have to take Coumadin for the rest of my life. My son Kyle has Protein S Deficiency. We never found out if Jason had anything. I am sure he did. The point I want to make is even teenagers can get DVT’s. The physicians need to be more aware of the signs and symptoms of DVT’s. I really think the physician just did not listen to my son and hurried him through the system.
Take Home Message