I Survived PE at Age Seventy Something – Joan Allen’s Story 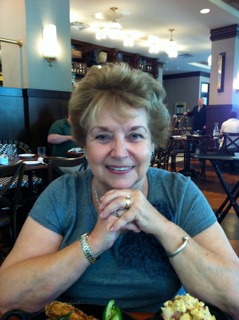 I Survived PE at Age Seventy Something – Joan Allen’s Story

This photo was taken before I went to the ER, but I was already having shortness of breath upon exertion. That was my only symptom. I saw so many doctors and had three CT scans without dye and nothing was found on my lungs.

One week in March 2015, my breathing got worse and one Sunday morning I was so weak that when I tried to roll over in bed, I fell onto the floor. I told my husband: Get me to the closest ER. We live in a retirement village in San Antonio. We have been here four years. It was 6:00 a.m. and I knew at this ER, being the second busiest in the city, that I would have to wait a long time to be seen, but that was not so.  I was in a walker/wheel chair that someone had loaned to us. I was hanging over the side because I had no strength to sit up. The nurses ran to take me to the exam room and everyone was busy around me.

The doctor came in, asked a few questions and said, “I think you have a clot in your lung.”  I said, “I’ve been tested for that, but they never found anything.” Luckily, he did not listen to me, and I had another CT scan with a newer, more powerful dye and the clot was found immediately.

I was in the hospital one week and came home with warfarin, oxygen 24/7, and a wheelchair. I was mentally and physically unable to care for myself. The hospital fell down on the job. I should have been sent to rehab, but it was the weekend and the doctor sent me home.

So, this is what I want to tell everyone, no matter what your age may be:

If someone reads this and it helps them, I will be glad. If it weren’t for a very patient husband and his care, I would have been in the nursing home for all those months. I don’t know how people handle this disease when you have jobs and families and need to make a living. One doctor told me this when I was younger, “FIRST you get healthy, and then you worry about your job.” Easier said than done. I survived, but it was a long hard process and I had a lot of help as this year went by.