Skip to main content
Home / Patient Stories / I Thought I Did Everything Right: Lauren’s Story

I Thought I Did Everything Right: Lauren’s Story 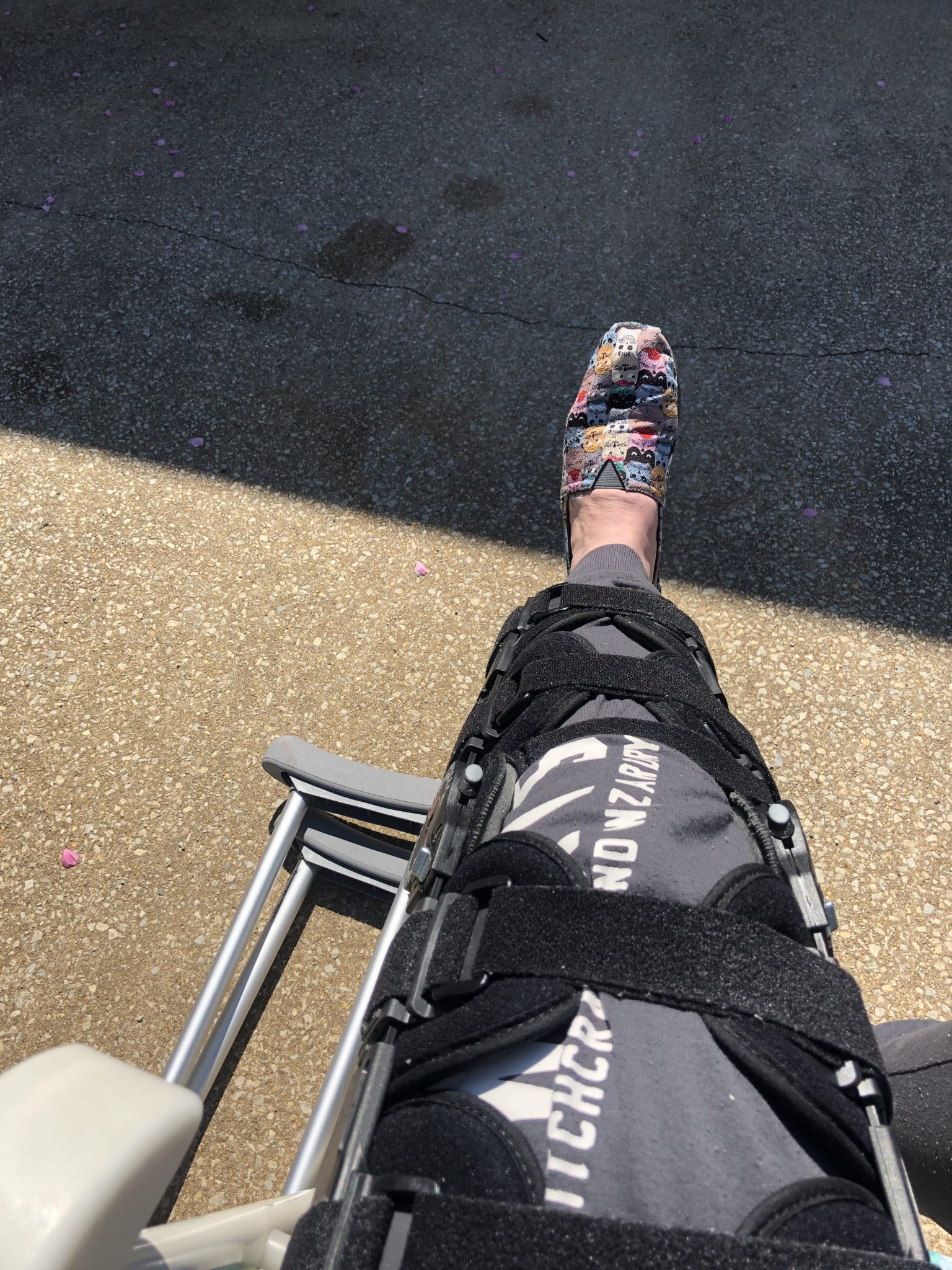 I Thought I Did Everything Right: Lauren’s Story

At 32 years old, I had my meniscus repaired and a Fulkerson osteotomy (surgical procedure to restore knee stability) was performed to prolong the integrity of my knee. It was my fourth knee surgery and I expected everything to go according to plan. However, I found myself wondering, could this surgical procedure cause me to have a blood clot?

After surgery, I stopped my combination birth control for two weeks and took aspirin to lower my risk for a blood clot. I followed my discharge instructions and doctor’s orders to the “T.” I did my exercises and slowly saw and felt my leg start to heal. However, at the three-week mark, something changed. I no longer felt pain from the surgery, but instead I started to feel a slight cramp in the outer part of my calf that would come and go. An ache would take over my foot and ankle, keeping me up at night, but it would ease by the morning.

Following a relatively warm and longer shower to help alleviate the cramping one evening, I looked down to see a leg that was purplish in color with red blotches. Within ten minutes, the coloring returned to normal. I did a lot of research on blood clots, but still found myself doubting it. Could I still have one even if I don’t show all the symptoms? The cramp eventually went away and minor swelling came and went with activity during the days as they passed on. I attributed all these symptoms to healing. I simply thought the minor foot and ankle swelling, the aching, and the cramp with occasional leg discoloration was a normal side eﬀect of moving around.

At four weeks to the day following my surgery, I woke up to ﬁnd my lower leg slightly swollen, slightly reddish in hue, and I felt a calf cramp like no other I had experienced. I started to realize that my knee never hurt, and I only felt discomfort from the calf down. I thought to myself, “If I over did it on my physical therapy exercises, wouldn’t my knee hurt? My calf and ankle shouldn’t be hurting. Something’s wrong.”

So, I emailed my doctor and found myself undergoing an emergency ultrasound an hour later. I had a blood clot. It was in the exact spot of that calf cramp. I learned that gravity pulls inﬂammation down after surgery to the foot and ankle, which is normal following knee surgery, but aching weeks after surgery isn’t.

If you feel something is wrong, trust your gut. My family thought I was too young and healthy to have a blood clot. Honestly, I did too, but that questioning in the back of my mind saved my life. I did everything right post-op, and followed all the directions, but I found out the strap of the brace given to me, and which hinges to the thigh and calf, can push on veins occasionally. I never knew one strap of a knee brace could help cause a blood clot. Pay attention to your body.