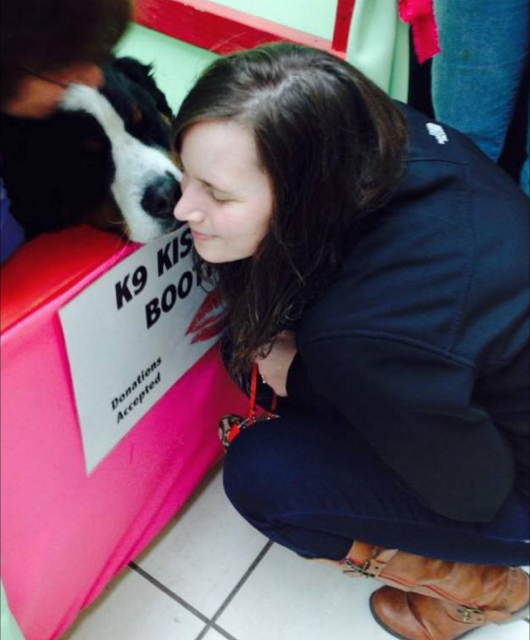 I was 23 years old in 2013, and I was a healthy individual who was very physically active, running, and going to the gym preparing for boot camp. It was July and two months before I was scheduled to leave for basic training to fulfill my Navy Corpsman contract that I had signed seven months prior. It was my dream come true. I was so excited to start my life and serve my country, and I was preparing for the journey to begin on September 17, 2013. That journey came to a complete halt before it even began.

On the evening of July 25, 2013, I went out to dinner with my grandparents. I was feeling very lightheaded, so they drove me home so I could rest. The next morning, I developed excruciating left lower back pain which I didn’t think much about. I thought maybe I slept wrong. Over the next three days, my back pain drastically worsened, and I began experiencing pain in my left thigh, as well as swelling and redness. I went to an Urgent Care, where they told me, “It’s likely a pulled muscle. Ice it and take some Ibuprofen.” Despite icing my leg, my back pain and leg pain became so unbearable that I took advantage of the emergency hours of the local chiropractor who noticed the condition of my leg, and told me I should go to the emergency room instead.

Fast forward to the evening of July 28, 2013. I was in the emergency room at a small local hospital where I had an ultrasound done of my left leg, which showed an acute extensive left lower extremity – occlusive iliofemoral deep vein thrombosis or DVT. I also was diagnosed with phlegmasia cerulea dolens, which is a life-threatening condition sometimes caused by the DVT that could lead to gangrene and loss of limb. I was started on a blood thinner and transferred by ambulance to another hospital, where I was urgently taken into the operating room at 1:15 a.m. for surgical intervention. It was discovered that I also have May-Thurner Syndrome, which is a compression of the left iliac vein by the right iliac artery up against the lumbar spine. I had an IVC filter placed, local infusion of thrombolytics, balloon venoplasty, and subsequent stent placement. I spent three days in the ICU after three trips to the operating room, and was discharged on an oral anticoagulant after five total days in the hospital.

Looking back, I feel silly waiting to go to the emergency room until three days after my symptoms began. The moral of my story is how important education and awareness is. I was not educated about DVTs at that time, so it was not even a possibility in my mind. I was discharged from the Navy before getting to go to boot camp and start my career. As frustrating and heartbreaking as that is, I realize now just how lucky I am to be here today. I plan to spend my time educating others about the signs, symptoms, and risks of DVT. No matter how healthy or young you are, tragedy can hit at any time. I am hoping that increased DVT awareness can prevent further cases like mine, which could ultimately and hopefully save lives.

To join our online discussion community and chat with other people who have experienced a blood clot, please click here.

To learn more about how a blood clot is diagnosed, please click here.