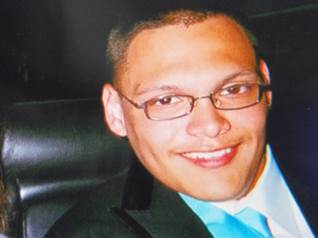 My son, Richard Scott Colomy Jr. 3rd, who we call Rickey, was born with vascular malformation and after searching for many medical opinions to help him, we settled with the Children’s Hospital of Pennsylvania (CHOP), who provided us with immediate information about his condition. Along with a team of doctors, his plastic surgery specialist performed the first of many surgeries. As part of Rickey’s care, we had endless doctor appointments, follow-up appointments, surgeries, and therapies. As Richard got older, we had additional appointments at the hospital with different units.

Since Rickey had decreased blood flow in his veins, Interventional Radiology & Hematology could not remove a birthmark he had. The veins were intertwined with the muscle, went to the knee bone and up to the hip and groin area. We did not want to cover it because I felt the need to see exactly what was happening, not only on the inside, but the outside as well. Richard was being cared for by CHOP specialist for 20 plus years, but when he was 22 years old, we started talking about transitioning from CHOP to an adult specialist for treatment during the coming year. Richard was on oral and injection anticoagulant medications, had his INR drawn bi-weekly and at that time, he had 17 surgeries already.

In Oct 2014, Richard went to the nearest hospital ER, not knowing what was wrong. I thought of the paper he was told to keep in his wallet about the signs and symptoms of blood clots. After yelling at the registration clerk, a doctor looked over and pulled us back into a room. We were then transferred to CHOP via ambulance, since they had been his care team for so long.

We were informed that there were several small blood clots that traveled to the lungs. Rickey was put on medications and IVs. He was on an intense watch in the hospital for a week. His hematology nurse came to visit and said, “No words, except you’re young and you’re lucky,” which made Rickey smile. We were back to our normal, as we call it, doing injections twice a day along with oral anticoagulants.

In December, the interventional radiology doctor scheduled another sclerotherapy surgery, which would be surgery number 18 for Rickey on January 13, 2015. The surgery took longer than expected, and of course as a mother, I started asking questions. When he was finally in recovery, Rickey came out smiling, but a little taken aback with concern. I had never seen him like that before. Once were home, he mentioned, “Something is different, Momma,” but he couldn’t explain what it was. 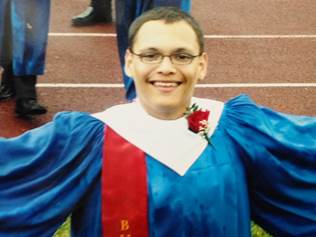 l on injections twice a day. Rickey was sore, but that was to be expected, however, he was never one to keep still, and he was up and about, limping, but that was usual. My son’s condition was labeled as chronic. As usual, we planned his follow-up appointments and INR checks scheduled for the next two weeks, according to his ongoing care.

Rickey started to recover and even left the house during time with his friends and his girlfriend. He mentioned he had some cramping in his leg, and we discussed water therapy to help. I spoke to him on the phone one night when he was out with his girlfriend, and said goodnight. That night, Rickey suffered what is believed to be a pulmonary embolism, and passed out on the floor. His girlfriend called 911.

I got a call from Rickey’s uncle at 4:00 a.m. saying that my son had passed away. I was in frantic mode. I was confused, numb, and in disbelief. I arrived at an unfamiliar hospital with many questions: Why? What happened? What’s going on? I was taken into a room and sat down because I was pounding on the glass windows at the ER, looking for assistance and screaming, “Where’s my son? Where’s my baby? Please take me to him!”

I spent over 12 hours with my son, surrounded by family as well. After reviewing his medical records, corresponding with his doctors and taking a look at Richard, the coroner confirmed he was 99.9 percent sure a massive blood clot took his life at 21 years old. He did not suffer and he passed quickly. We decided we did not need an autopsy based on the coroner’s thoughts. We did not want to put our baby through more.

A blood clot? After 18 surgeries? A blood clot took my most precious son, my only son from me. A blood clot stole my future memories, my future grandchildren, and my entire future memories with my son. Rickey is forever 21 years old. After his beautiful service – still in shock and angry my son was gone – we decided to take action against blood clots and raise awareness. We are learning as we go.

We are officially the “Remembering Richard Organization,” bringing awareness to vascular malformation DVT/PE in children and youth. We plan to have bake sales, hot dog sales, walk-a-thons and parades. We hope to share the information that blood clots kill and it’s simple to know the signs and symptoms. Blood clots don’t discriminate based on race, religion, gender or age. We are trying to keep Richard’s voice heard and his legacy alive because it is all we have left of him. Richard would participate in hospital surveys, offering extra testing through his saliva and blood for future generations, in hopes that other people don’t have to go through what he did. 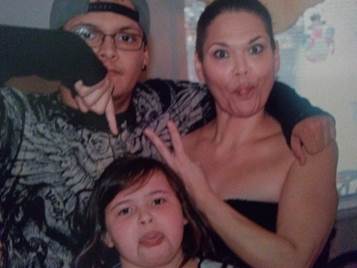 It’s been 89 very long weeks without my Rickey. This new journey I walk with my little girl and my husband, John, is a daily struggle, but having this organization for my son is keeping me from drowning in my own grief.

I miss and love Rickey, terribly. His high school is naming their ROTC equipment room after him. Rickey was a really good young man, and no one ever knew he was sick because he was always smiling. His smile would steal your heart from the moment he glanced at you.

This is my story of the most courageous, determined, and brave young man I know. I am proud to say, “Yes, that is my son, and I’m his Momma.” I have fought a good fight. I have finished the race, and I will keep the faith. They say those with the brightest smiles face the hardest challenges, and my son did. He faced them head on and without fear. Richard Scott Colomy Jr. 3rd was a beautiful, kind, and caring soul who will be forever loved, always missed, and never forgotten.