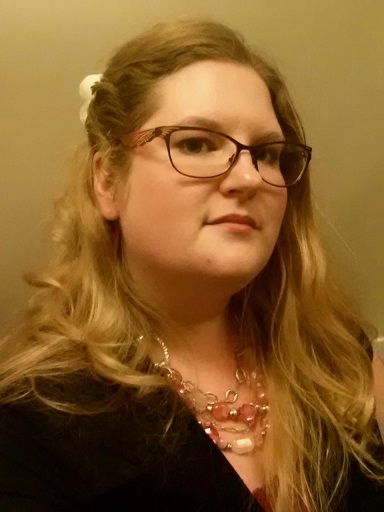 My name is Caitlin and this is my blood clot and May-Thurner Syndrome (MTS) story.

At 29, I was an active person, traveling a lot, playing sports, and chasing my nieces and nephews. One day, I thought I had pulled a muscle in my left thigh but shook it off with exercise. However, when the pain did not get better in the next few weeks, I made a plan to go see a doctor after work. That same day my whole leg started to feel tight, swelled up, and turned red. I stopped in at the walk-in clinic on my way home and immediately knew something was wrong. The ultrasound took a very long time and the technician asked if I had someone to drive me home.

I was diagnosed with an unprovoked DVT from calf to groin. Despite two risk factors (birth control and overweight), all the doctors agreed my DVT was unprovoked. I set up a follow up appointment the next day with a hematologist. An ultrasound taken a week later showed the clot was worse. It was then that my hematologist referred me to a vascular surgeon.

My doctor at the Palo Alto Medical Foundation (PAMF), took one look at my left leg and said the following words I will never forget: “I think you have this condition called May-Thurner Syndrome, but the only way I can know for sure is if I go in and take a look.” He explained that MTS is an anatomical variation, where the left iliac vein is compressed by the right iliac artery. It leads to left leg swelling, and in many cases, left side DVT. A week later I was admitted to the hospital to confirm the MTS diagnosis through IVUS while having my clot broken up using the “Trellis Device.” I had 2 stents and an IVC filter placed. The next day I was home with the instructions to get up and be moving as much as possible and get in at least 30 minutes of cardio every day even if I had to start out slow and build up a minute a week. I was feeling better for a few days, but then my INR (international normalized ratio – used to determine the blood’s tendency for clotting) dropped and in a week the pain/swelling was back. Soon I was back in the hospital with a second DVT. This time I was in the hospital for 7 days with a heparin drip and tPA through a catheter to reopen the stents. I was told yet again exercise 30 minutes per day no matter what, so I did. For the next six months my INR fluctuated despite stable diet and regular exercise.

At my six-month check-up, my third DVT was discovered. I was devastated to hear I had a clot from ankle to belly button. I felt no symptoms; my swelling was slowly going down, I wasn’t in pain. I had no clue a clot was silently forming in one vein as my body built new collateral veins around it. By this time I was feeling the blood thinning pill I was taking was no longer the right choice for me. After doing extensive research, I met with my hematologist and convinced him to switch me to one of the newer blood thinners and after using it for eight months my clot is starting to clear – an unexpected result to both doctors. I will stay on it for at least one more year and see where it takes me. For now, I am continuing with my cardio, compression stocking, and staying hydrated.

I was so lucky to find may-thurnersyndrome.org and the May-Thurner Resource Network groups on Google and Facebook early in my journey. The support, ideas, information and sense of community from all the members have made my MTS journey bearable. All the amazing people there have taught me to advocate for myself, reach out when I need it and to share the joys life post-DVT/MTS diagnosis has to offer. I now look forward to helping get the message about MTS and DVTs out there and continue to support those in both the groups. MTS is a part of my life now, but it is not who I am.