A Pain in the Neck That Almost Killed Me: Dan Jensen’s Blood Clot Story 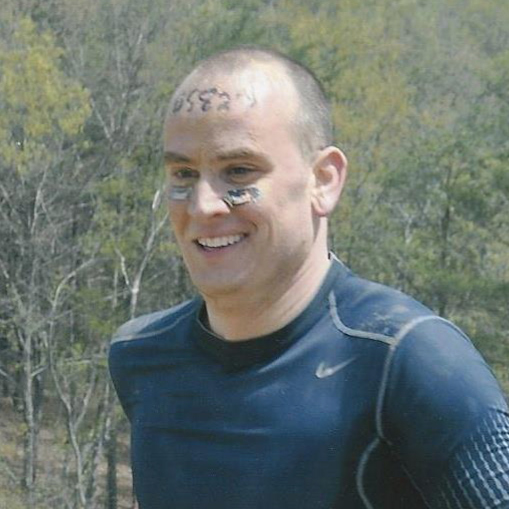 A Pain in the Neck That Almost Killed Me: Dan Jensen’s Blood Clot Story

My name is Dan Jensen. I am 42 years old, and, until a rare blood clot stopped me in my tracks, I had considered myself somewhat invincible. That last statement deserves some qualification. I have always considered myself to be medically lucky. Cancer does not run in either side of my family, my grandparents lived to a ripe old age, and apart from appendicitis when I was 16, I had never been really sick. My Dad had a DVT in his leg after years of airline travel and found out he was positive for Factor V Leiden in 2009. I was tested and I came up negative. My genetics seemed to offer me a lot of promise for a long life. Then, out of the blue, the clot came.

One day in early February of 2016, I noticed a small pain, deep within my neck, that I had attributed to a muscle pull from doing pull-ups in my P90X exercise routine. No big deal. However, over the course of three days, the pain did not subside. It didn’t necessarily get worse, but it was a discomfort that was unfamiliar. The pain only registered as a three to four on a scale of ten, so nothing screamed at me to get it checked. Three days after the symptoms started, however, a powerful inner voice urged me to get it checked. I figured it was nothing more than an infected lymph node. The ER doctor was about to send me home with antibiotics, but then ordered a CT scan “just in case” it was something more than an infection. That decision, coupled with the feeling to get myself examined that day, saved my life. When the doctor returned with the CT results, he said it was a miracle that I had been walking around with a blood clot in my neck for three days without dying. I had a massive blood clot in my left inner jugular vein. The technical term is an inner jugular vein thrombosis (IJVT).

Due to the extremely rare nature of this type of clot, the doctors were unsure of how to proceed. I was given a full body scan to rule out malignancies and blood tests to rule out anything else. I was put on two injections of low molecular weight heparin a day for three weeks, followed by three months of warfarin therapy. Still, it was a mystery as to why this happened. I was a walking medical question mark.

In the quest for answers, my hematologist was interested in hearing about my background. He knew of several examples where repetitive sports injuries had caused clots, but most of those were in the subclavian region. Nothing in the jugular. Furthermore, I had been doing P90X for several years and was in the best shape of my life – at age 42, no less – so the thought that exercise could have something to do with my clot gave me great pause. Yet, nothing else added up. People get injured exercising all the time, it happens. To be sure, my hematologist sent a note to the vascular team about my case that caused a bit of intrigue, so they requested to meet with me – the medical marvel. It was meeting with the vascular team that gave me a detailed explanation of what likely caused my clot.

After meeting with a fantastic vascular team, it was determined that the likely cause of my IJVT was doing intense pull-ups, which I thought was interesting. Upon seeing my skepticism, the doctor explained, “Like any sports injury, you can do it a million times, usually with no problems. But every once in a while, things just don’t go as planned in the body.”

In my case, the specialist said that during my pull-up routine (and these were very intense, hold yourself up and move side-to-side pull-ups) my muscles may have constricted against my jugular in a peculiar way causing my vein to treat it as a threat. The body then responded accordingly by producing a clot to protect itself during a perceived injury. Of course, sometimes doctors are not 100 percent sure of what causes a clot, especially in an extremely rare case like mine – so rare, in fact, that an Internet search barely pulls up a full page of results – but this is the best explanation we have so far.

As a way to fight through my recovery and step out of the shadow of fear, my goal has become one of vigilance in working with my doctors. Maybe it’s the side of me that wants to explore all possible avenues before coming to a conclusion, but I will not rest until I have examined all possible causes. Therefore, my advice to anyone reading would be to remember that the medical professionals work very hard on your behalf, but more importantly, they work for you. It’s not that I think they’re wrong – they’re most likely right on the money (I mean, hey, they are the experts), but even experts are still learning too. So, I’ll keep asking questions and searching for answers until they’re sick of me.

Now that the clot has dissolved and I am on the last 28 days of warfarin (and counting down), I am left with a few simple words of wisdom: Be aware of your risk factors, even if you think none exist. Blood clots can take many forms. If you’re at risk, know the signs. If you’re not, always listen to your body. If something doesn’t feel right, get it checked. And lastly, be an active participant in your recovery management. You’re your own best advocate.