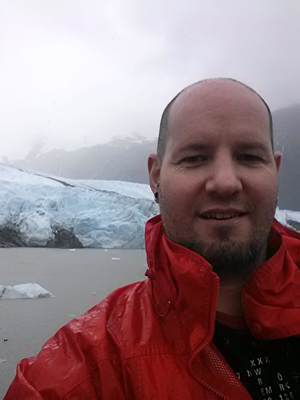 I was feeling quite a bit of pain and some swelling in my right leg 4 days after an accident at work. Since my work hours were ridiculous and I couldn’t get out in time to go to a workers’ compensation provider (heath care providers that treat people with workplace injuries, also called a “workers’ comp clinic”), I decided to go home for the night and go to a clinic the following day. Half way home my leg started hurting so much I could barely push the pedals of my car. I went to the ER (emergency room) instead.

My right calf was measured at 3.2 inches larger in circumference than the left one.  They immediately ordered an ultrasound, and found several small clots in my leg. The doctor told me I was lucky I didn’t go home, or go to a workers’ comp clinic. He told me I could have had major problems that night, or the clots could have gone undetected due to the lack of resources at most clinics. I was put on warfarin and I had to be tested every 4 days for 6 months, as my INR (blood test that measures the effectiveness of warfarin) levels were all over the place. No one had ever really given me a good explanation of the dietary restrictions and other issues with warfarin. I was finally taken off the warfarin without further testing. The doctor told me it was normal to treat the clots this way and I shouldn’t have any further issues in the future.

Fast forward over two years, and I was having a typical day. I had tried to go on vacation with my partner to a remote town in the Colorado mountains, but snow closed the roads and we had to turn around and go home. I had just made a bowl of cereal for a late breakfast, and sat down to the late morning news. After one bite I realized I couldn’t catch my breath. Not having any idea what it could be, I stood up and tried to stretch out my chest. I had been recovering from Pneumonia from a few weeks earlier, and I figured I was just having some issues related to that. Once I stood up I almost blacked out. I knew right away this was not a normal situation and that I had not experienced anything like this before. Every breath I took I seemed to lose more air, and panicking I told my partner to get the car because I had to go to the hospital.

When I walked into the ER the admissions person had her head down, and politely asked me “What are we seeing you for tonight hun?”

I began to gasp at her, trying to tell her I couldn’t breathe.

She looked up at me and immediately directed “Give me your driver’s license and come to the back right now”. It was less than 5 minutes before I was hooked to oxygen, and O2 monitor (monitor that measures the oxygen in your blood), and a heart monitor, and had several nurses and doctors running around me. Apparently my face was pure white and my lips had turned purple. I was having trouble focusing and speaking, but I related my history of recent Pneumonia and DVT’s (Deep Vein Thrombosis or leg clots) a few years before. They set me up for several IV’s and rushed me to a CT scan (x-ray that can take detailed picture of the lungs), which confirmed pretty much the worst-case scenario.

I had a massive, bilateral embolism (in both lungs) that was blocking approximately 70% of my blood flow, which was causing my heart to overwork to try and push the blood that was backing up into it. I was on a tPA drip (clot buster) within a half hour of arriving. Less than an hour later I was in Intensive Care Unit, and was put on a Heparin (blood thinner or anticoagulant) drip. I was constantly monitored for complications and for heart/ breathing irregularities. I had a filter inserted into my vein and pushed down into my Inferior Vena Cava (Vein that carries the blood from the lower body to the heart) near my stomach. It needs to be removed in a couple of months, but it will hopefully catch any other clots that try and work their way up. I was put on Lovanox (a blood thinner for you take via shots in the stomach) and Warfarin. When I had a therapeutic level of Warfarin (Coumadin®) in my system, I was allowed to leave the hospital. That was 7 days after my trip to the ER.

I don’t mean to be dramatic in my story to drum up sympathy, or to boast at my miraculous survivor abilities. I have never been so scared, and the whole situation has given me a great deal of pause about my daily life and how I live it. Many of the things I let stress me so badly don’t seem so important any more. I’m alive, and 10 or 15 minutes later I may not have been. If I had made my vacation, and was in a little mountain town I probably would not have been. So many things could have happened, but didn’t, and I’m alive because of it.

I also want to relate to others who have gone through a similar situation with this horrible condition. After I left the hospital, and I experienced horrible anxiety. I felt out of breath even though I wasn’t. I went to the doctor twice and my oxygen levels were fine, but I still felt like I was suffocating. I am going to talk to my doctor about getting some professional help with the emotional side of it, because I know I can’t live a full life walking around terrified of dying all the time. It’s really brought my life to a standstill, and given me a great pause. I know, as time goes by, I will get better and get back to the day to day. I just want to let others know that you are not alone, you are not the only one who feels the way you do, and that we are all lucky to have survived something that we could very well have died from.

No one in my family was ever treated for clots in the past. I was tested during my hospital stay for any genetic traits that may have caused my illness. They all came up negative. It was truly an “out of the blue” experience and I’m thankful every day that I survived.