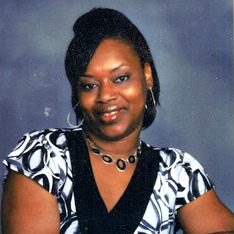 I was just recently diagnosed with deep vein thrombosis (DVT) in my left leg, and acute pulmonary emboli (PE) in my lungs. It all began in early March of 2017, with an unexplained persistent cough. Shortly thereafter, I began to also have shortness of breath. I thought I was developing asthma. Although I initially ignored these signs and symptoms for nearly a month, I later learned it could have cost me my life. I made a mental note to discuss the symptoms with my primary care physician (PCP) at my next doctor’s appointment. I was beginning to think my recent birthday had really come in with a bang, because going up a flight of stairs had also become very difficult for me to do.

At the end of March, I woke up one morning to get ready for work, and I noticed my entire left leg was swollen from my calf all the way up to my hip. I was forced to walk around with a limp, because my leg was very painful. At this point, I started to become concerned, because I knew this was not normal. As the days passed by, my symptoms appeared to get worse. The pain in my leg was almost unbearable, and my leg was very warm to touch. Walking a flight of stairs had become more strenuous, and a cough and shortness of breath were still evident. Finally, on April 11, I had the appointment with my PCP. I felt the pain and swelling of my leg was more important to discuss with my PCP, so I never once mentioned any of my earlier symptoms. As I began to discuss my leg, I also mentioned it felt like I may have a blood clot.

While my PCP listened attentively to my concerns, he stated he didn’t think I had a blood clot. He said a clot usually forms in the back of the leg and not the inner thigh, as I had pointed out to him where most of my pain was. Although, he did notice my left leg was very swollen and bigger than that of my right leg. I was given a referral to see an orthopedic surgeon. However, he wanted to rule out a blood clot, so he said I had to get an ultrasound done on my leg that day, or no later than the next day, to be on the safe side. He scheduled an appointment for me with a radiologist that same afternoon.

While getting my ultrasound, the technician asked me the name of my doctor. At that very moment, I knew it was bad news. I was instructed to immediately return to my PCP’s office for further care. I was told I had saphenous vein thrombophlebitis, which is a blood clot in the superficial vein closer to the skin and less serious than a DVT.  But, I was immediately started on a new oral anticoagulant medication. No leads came about to explain why this happened so suddenly. I had been on birth control pills since my teen years to regulate my cycle, and my doctor believes the oral contraceptives were likely the culprit. I was given a referral to a vascular surgeon, and I was scheduled for an appointment two days later.

Upon learning of my diagnosis, I began researching the Internet for answers and stumbled upon the National Blood Clot Alliance (NBCA) website. I began to read the patient stories, and could identify with some of the very same symptoms other people talked about. I suspected that my earlier symptoms were now tied to the swelling of my leg, and now suspected that I also had a PE.

On April 13, while at the vascular doctor’s office, I was given another ultrasound on my left leg, and they discovered I now had a DVT. I told the surgeon about my earlier symptoms, and he asked why my PCP had not sent me to get a CTA scan. I explained to him I never mentioned my other symptoms, because I did not know they were all tied together until I did some research on NBCA’s website. He suspected I may have a PE, and said he needed a baseline to start from and referred me to get a CTA scan. My appointment was scheduled on April 20, and I learned the devastating news that I also had pulmonary emboli, or multiple clots in my lungs. The blood clot had broken free from my leg, traveled to my lung, and posed a greater risk between life and death.

I was lucky to have a doctor who took my care serious, took the necessary steps to get me tested quickly, and started treatment right away. My vascular surgeon thinks I also may have May-Thurner Syndrome (MTS), so I am awaiting further testing to find out for sure. I encourage everyone reading my story, as well as the other patient stories, to learn the signs and symptoms of blood clots in order to help catch them early. Early detection is key. Lack of awareness about blood clots costs lives. Although I knew about blood clots, I was completely unaware of the proper terms and signs and symptoms of DVT and PE.

I am not fully recovered, as I am in my early stages of treatment, but I am truly grateful for a second chance at life. My purpose in sharing my story is to raise further awareness about this silent killer, as well as to provide inspiration to those who may be struggling. The NBCA’s website has been a great resource in learning about my illness, and I thank God for the wealth of information shared on this website. I am a Survivor and I have an Angel watching over me! To God be the Glory.

For anyone reading my story, I would like to share these messages:
–  Listen to your body and be aware of unexpected changes that come on suddenly
–  Surviving blood clots is a life changing experience
–  Pay attention to a sudden cough and shortness of breath
–  Be your own best health advocate
–  Learn and know the risk factors of blood clots