In Memory of Justin Sexton 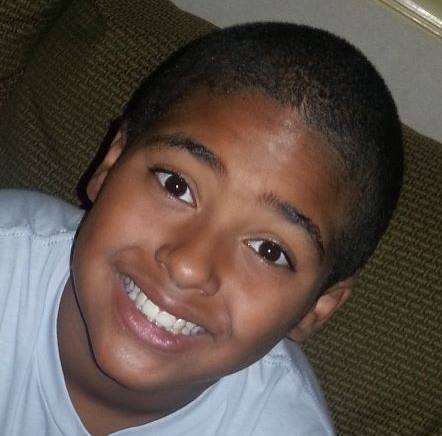 In Memory of Justin Sexton

A little about Justin. He was a loving, kind, helpful, amazing boy. He always loved and wanted to help everyone. He had a heart of gold. He had a great sense of humor, and he loved his family and friends so much. He was a one-of-a kind 11 year-old boy.

Justin loved video games, many boys things, hanging out with his mom, nana, or his grandpa (his BFF [best friend forever]), and his dog Knight. His main love was Legos! He just loved them. He had such a great imagination and creative mind. The things he would think of, and come up with would simply amaze me.

The kind of spirit he had was untouchable, and he touched everyone he met, and left a piece of himself with you. Justin was a strong boy, always loved helping and spending time with me, as well as my parents, with whom he was very close. I was a single mother, and I have been this way since I learned I was pregnant. My parents supported us a lot of the time, helping us and helping me give my son an awesome life. Justin was able to do things that some people never get a chance to do. Justin has been on a cruise, and traveled to Hawaii, Florida (Disney World) and other states on trips with his grandparents. He was always happy and loving. That was my boy.

Now let me tell you a little about his history. Justin had problems with his hips since he was 4. For much of his life, he was not allowed to do many things other children could do. He was restricted from running, sometimes walking, and other very common activities, such as riding a bike, running at school, and most physical activity. He spent a lot of time using crutches, and a wheelchair in school, and many, and many trips thru therapy.

Justin had his first surgery in 2006, when he was just 4. He had what they call Perthes Disease (also called avascular necrosis). This is a condition where the hip socket and bone deteriorate and don’t allow the blood to flow properly so the blood supply is interrupted. After his healing time, Justin seemed to bounce right back to being an active 4 year old. He was okay for a while. As years went on, Justin seemed to constantly have issues with his hips. Doctors would restrict him from activities yet again, and put him back thru therapy, and crutches, and things. This seemed to be his life – on this forever cycle that just repeated itself.

It turned out in 2012 when Justin was 9, he was destined for yet another surgery – this time on his right hip. Doctors thought he had a tear in his labrum (the ring of soft elastic tissue that follows the outside rim of the socket of your hip joint), but when the doctor went in, he had a band of tissue filled with infection that was very tightly pressing on his labrum. Justin spent some time with braces on his legs, more therapy, and the usual things he was went through. He stayed in hospital for a few days.

After this surgery, a few months went by, and something yet again wasn’t right. He was feeling all kinds of pain again in his hip. So, as his mother I made a doctor’s appointment to get him seen. The doctor took X-rays and said he didn’t see anything to be concerned about and he would try therapy once again. We went thru therapy and Justin wasn’t getting better. The doctor ordered him to stay off his hip; he used a wheelchair at school, and crutches at home. I didn’t get answers and the doctor didn’t seem too concerned. I was determined to see what was going on with him so, I sought a second opinion.

After meeting with this second doctor, I was very worried and concerned. I was told my son had a shallow socket and his thigh bone (femur) was not aligned. This was probably why he was having so many problems. The only way to fix this? You guessed it…Surgery.

This brings me to the last and final surgery my son had. He was 11 years old and the time is now 2013. This would be the biggest surgery of them all with a lot of healing and recovery time. My son was going to have a pelvic osteotomy. (a joint preservation operation designed to restore the normal mechanical function of the hip joint.)

Little did I know this surgery was going to change my life so much and so fast. Justin has his surgery on November 12, 2013. He stayed in the hospital for a week. With this kind of surgery, he wasn’t able to move a lot, and he had to be transferred from bed to wheelchair and so forth. He couldn’t ride in a normal car or van. He had to use a wheelchair van with a lift, as he could not sit up straight; he had to lie at a certain angle.

He had his first check up on November 25th.  The doctor gave him a clean bill of health and said he was doing really well. That’s when the worst day of my life happened.

My son was normal all day and all of a sudden, he was having trouble breathing.  He told me he was having a heart attack. I told him “Justin you’re only 11. How do you know what that feels like.” When I said this, little did I know this would be the last time talking to my son. I called an ambulance. They started working on my son and decided to transport him to the hospital. To make matters worse, the ambulance broke down in my driveway! Here I was, all alone in the ambulance, in my driveway, watching my son die. They continued to work on him but it was no use.

That Wednesday, the 27th of November, changed my life forever. My son, my 11 year -old son, passed away. Justin was such a giving and loving person that after he passed I chose to keep his giving spirit up and donate his eyes. His eyes went on to help a man and a woman regain the gift of sight-all because of my son, I know he would want to help someone if he could so I decided to donate his eyes. I know that my son does live on and continues to keep helping people.

After he passed, the autopsy report said it was in fact a blood clot that caused him to pass away; he had a DVT (deep vein thrombosis or leg clot), and a PE (pulmonary embolism or lung clot). They also sent his blood off for tests and they all came back normal. He didn’t have a blood disorder or a condition that made him prone to blood clots. I was told by the doctor and the coroner that this is really rare in children, I was also asked a lot why he didn’t have compression socks or take a blood thinner? His doctor told me they don’t give children that young blood thinners because it can cause further damage, and the compression socks the same story.

As a 34-year-old single mother, I didn’t know anything about this. I didn’t know you could get a blood clot so quickly. I didn’t know a blood clot could happen to children. There was a lot and still is a lot that I don’t know or understand. It is all still very new to me and hard, to have my only son, my heart, my everything pass away the day before Thanksgiving and to have to spend the holidays without him.  He was looking forward to Christmas and to getting a new game for Christmas –  well he thought he would get a new game for Christmas. It has been several months now and it isn’t getting any easier, I miss him as much as I did that day,

After all that I have been through, it makes me really want to bring awareness to others and have them read my son’s story. I want to get involved in awareness and help people learn about blood clots in children. I want to focus on the awareness in children, which is so close to my heart. If I can help educate one person, or tell my story and help someone look for the signs and symptoms of blood clots, and possibly help someone else or someone else’s child, it will not take my pain away or lessen it, but it will help for me to know my son I still helping others.