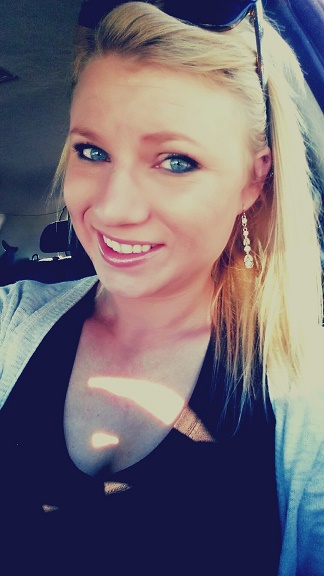 In every person’s life, there is one instance or one moment that changes them in ways they never believed possible. A moment where they reevaluate all that they have and all that they have worked for. Whether it is a good or bad change, it is without a doubt a memorable one. Some happen later in life and some early. My moment was October 18th, 2013, at the age of 23. It will forever be a part of me and has shaped me into who I am today. Although my experience was traumatic and will affect me daily for life, the end result is a better version of who I was always meant to be.

I had my MPFL (Medial Patellofemoral Ligament) reconstructed with a hamstring autograph on my right knee on October 18, 2013. It was an outpatient surgery with a few months recovery time and a normal life to follow without knee dislocations, pain, or swelling. The two days following the surgery went by with expected pain and swelling. I was putting weight on my leg as directed by the doctor and preparing to go back to work the following Tuesday.  Everything was going as planned.

Then, two days post surgery I woke up and thought I had a Charley horse in my surgical leg’s calf. I told my parents, but still I went on with my day. The pain was not excruciating, but it remained in the back of my mind. However, at 3am, I woke up screaming. The pain felt as if my leg could fall off. The calf cramps hurt worse than my four inch incision site. With that being said, I am stubborn and as I am a trained ultrasound technician the word clot did cross my mind. However, I never believed, even for one second, that I would have a clot myself. I was 23 years old, too young to have a blood clot. Therefore, I did not call for my parents, I let myself believe I was a hypochondriac and went back to sleep.

The next morning, I couldn’t ignore the pain anymore and called the imaging facility where I work. They did an emergency DVT (deep vein thrombosis) ultrasound study and found three clots in the back of my leg restricting blood flow to my lower calf and foot. Immediately, I went to the hospital where they found a pulmonary embolism (PE) in my lungs via CT. I did not have any PE symptoms, but I was admitted regardless. In no time I was discharged on stomach injections of a blood thinning medication and also prescribed a blood thinning pill.

Immediately following my hospital stay I was in and out of doctors’ appointments day in and day out. We felt like we finally had control of the pulmonary emboli and blood clots. I had my medications regulated, a series of ultrasound appointments scheduled to look after the clots. I felt like it was all going to be okay, then the bleeding began. I went to the ER where they diagnosed a bloody nose and an UTI (urinary tract infection) and said it was nothing to worry about. I was given IV antibiotics and pain killers and sent on my way.

The very next morning my pulmonologist called me and instructed me to pack a bag, to not eat or drink, and go sit on my porch because my mom was on her way. He told me I needed emergency surgery to put in an IVC (Inferior Vena Cava) filter because I was having an allergic reaction to the blood thinners. The IVC filter stops clots from breaking off in the leg from going to my lungs, or stops any more pulmonary emboli.

At this point I figured it honestly could not get worse. But I went in and got out of the hospital the very same day as it was a very easy surgery. I was off work for the week, back on the injections and prescribed one of the newer blood thinners pills.  For the next several months I had a constant pain in my right side. It was excruciating. The hospitals did an array of tests (CT scans, ultrasounds, x-rays) but there was no definite diagnosis to my pain.

In May 2014, the doctors went in to remove the IVC filter. The procedure was supposed to be only 30 minutes under twilight but actually took almost 4 hours! I still have dreams about that as I remember the entire thing. The pain in my right side was the pain of the filter being rotated in my abdomen. As it turns out, the clots from my leg had hit the filter, lodging the filter into my body. Despite the pain, I’m grateful the IVC filter did its job.

Although my situation was not ideal, I tried to stay positive. I took away a lot from what happened to me over the last year. I gained a love that will last forever, a man who will be there for me no matter what and has proven that from day one. I learned that when life is complicated you can sit back and see who will be there for you, those people who have always been there, and those who will not be there. I learned the love of a family is stronger than anything else in the world. I learned to never give up and be your own advocate, if you are not going to stick up for yourself who will? And, finally, I learned the love of parents towards a child. My parents were there for me in ways I never believed anyone would, and hope that when I become a parent one day I will be able to show that kind of love to my own children.

I am not the type of person to dwell on the bad times. Instead, I feel that today is a day to celebrate all that I have overcome. I want to celebrate the fact that I am still standing and have the opportunity to reflect on such a life-changing situation. I want to celebrate how blessed I feel to overcome blood clots because not everyone is as lucky as me.