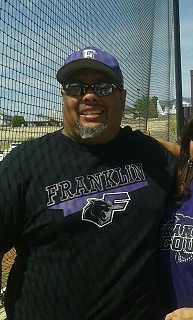 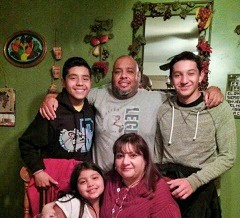 I am 41 years old and I have been battling blood clots for more than 11 years. It started with a blood clot in my left calf. I thought it was a pulled muscle after working out, but little did I know how much my life was going to change. I was hospitalized for two days with deep vein thrombosis (DVT). Two days after I was released, I developed a hematoma on my right leg and was hospitalized again for another two days. Two weeks later, I woke up feeling sick. It was hard to breathe, I couldn’t stand up, and I remember breaking into a sweat just trying to reach the phone. I was home alone and somehow managed to call 911. At the hospital I was told I had a pulmonary embolism. I didn’t know what that was but, based on the doctor’s reaction, I knew it was bad. In the intensive care unit (ICU), I was given injections of blood thinners.

I don’t remember too much about the time I spent in the ICU. I was hospitalized for eight weeks, and there was not a single part of my body that wasn’t swollen. During that time, I don’t recall ever being on my feet. After seven weeks I was moved to a regular room, and my therapy began. I had to learn how to walk again. The swelling went down and I was released from the hospital.

I thought it would end there, but it didn’t. I was taking blood thinners, and the doctor said I would have to take them for the rest of my life. They implanted several filters in my groin area and some stents to help prevent blood clots. I had no family history, and several tests were inconclusive. The doctors couldn’t figure out why I was clotting.

I went back to work as a custodian and realized I wasn’t able to do the things I did before. I found it hard to stand, or even to sit, for long periods of time. My legs felt heavy; I was restless and always in pain. The pain was difficult to describe and I pushed myself thinking it would go away, but it never did. I lost my job shortly after being diagnosed with deep vein thrombosis (DVT). The doctor recommended that I apply for disability. I was hesitant to do that, because I thought this would pass and that I would eventually get better. I waited a year but the clotting continued, and I applied for disability. It took about two years, but after they saw my medical records, I was approved.

I became very depressed. All I wanted was to live a normal life, but that was not going to happen. I was hospitalized a year later with six blood clots in my left leg. At the time, my wife was about to deliver our daughter. The doctor came in to talk to both of us and I will never forget what he said to me. He said I will never get better, and that if I didn’t take care of myself I would probably not live long. One doctor told me I would be lucky to live to be 40 years old.

Last year I was hospitalized again. I felt strong pain in my stomach, and went in to the emergency room. I was admitted to the ICU after 10 hours of trying to bring my blood pressure down. When my blood pressure finally went down, the doctors were still trying to figure out why my stomach hurt so much. After three weeks they finally went in, and found eight blood clots in my intestines. They removed three feet of intestine, my gallbladder, and my appendix. I was finally moved to a regular room after three and a half weeks of being in the ICU. I had an open wound on my abdomen that measured 38 inches long, 10 inches wide and 5 inches deep. I was released with a wound VAC and told that a visiting nurse would come to my house twice a week. It took nine weeks, but with the help of the nurse and my wife, the wound is completely healed. I am also on a new medication now, it is higher dose and more expensive – but my life depends on it.

I have been through a lot, and while I don’t understand why this happened to me, I have learned to appreciate life more. For anyone who has blood clots or suspects the symptoms, take care of it immediately. Don’t wait too long like I did. I only wish I knew more when I was younger. Only God knows why. We just have to stay positive and pray for the best!