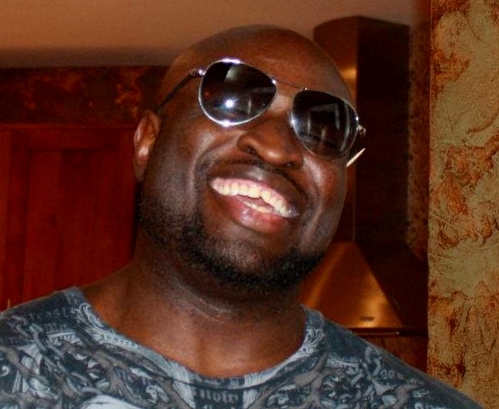 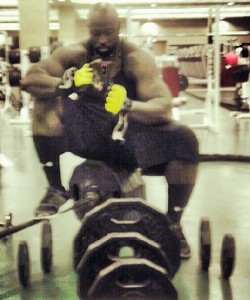 s was born in Chicago, Illinois, on October 14, 1977. Affectionately known as “Shaq,” he was always the life of the party and had a wide assortment of friends. Shaq stood tall at 6 feet 3 inches, and weighing in at 300 pounds he was all muscle.  He had beautiful honey-brown eyes that were always hidden by designer frames. Manu had a contagious laugh, a beautiful smile, and gravitating personality.  He was a very hard worker who put in long hours in the healthcare and service industries. Often times, he would win awards for his service, and his patients and their families would give him “thank you” letters for his bedside manner. Manu was the type of guy who would literally “give the shirt off of his back” to help others in need.

Although Shaq looked like a super hero with bulging biceps and a larger than life personality, he too had his kryptonite. In 2002, he passed out at work, after blood clots entered his lungs from a broken ankle the month before. This was the first time we knew that he suffered from this issue. He was in the hospital for more than a week, as the doctors worked day and night to break up his blood clots. Fortunately, he was cleared to go home and started taking a blood thinner regularly.

In 2008, the issue came back, as Shaq had to have minor inpatient surgery to remove an abscess in his lower thigh. He continued to voice concerns to his doctor that he still felt pain, which he said felt like a blood clot.  Nevertheless, he was cleared by his doctor to go home.  About a week later, he was rushed back to the emergency room as blood clots traveled to his lungs. This time it was more serious, as he had eight blood clots in his lungs very close to his heart and he was in a lot of pain. He stayed in the intensive care unit for three days and he was admitted to the hospital for more than two weeks. Still, the issue was resolved and he was sent home with a prescription for additional blood thinners.

In August 2014, Shaq went to the doctor complaining about pain in his leg.  Shaq voiced that it might be a blood clot. The doctor advised him it was a hamstring pull and sent him home. Shaq continued to voice his concerns to 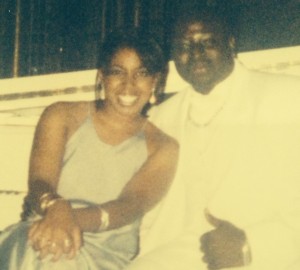 his family and friends, but Shaq was the type of person to listen to doctors and not take it as seriously given the doctor’s reaction and response.

On September 28, 2014, Shaq passed out that morning as he was having trouble breathing. He was taken by ambulance to the hospital very quickly. Unfortunately, Manu “Shaq” Williams passed away early that afternoon as the doctors did everything they could, but the blood clot had hit his heart. Shaq was only 36 years young.

It is very important that we educate ourselves about the risks of blood clots. Often times, doctors may misdiagnose a blood clot as a muscle pull or a minor injury. It’s important for us to talk to family and friends about the risks, learn the symptoms and demand more tests while they are in the hospital or doctor’s office. There needs to be a cost effective way to do this so we can save lives.  I’m writing this letter because I love Manu “Shaq” Williams very much. He is the love of my life, longtime best friend, and now my angel. My new mission is to help people prevent this from happening to the ones they love the most. Please forward this story, donate whatever comes to your heart or get the word out so we can STOP THE CLOT!