Skip to main content
Home / Patient Stories / I Am My Own Best Healthcare Advocate: Michael’s Story

I Am My Own Best Healthcare Advocate: Michael’s Story 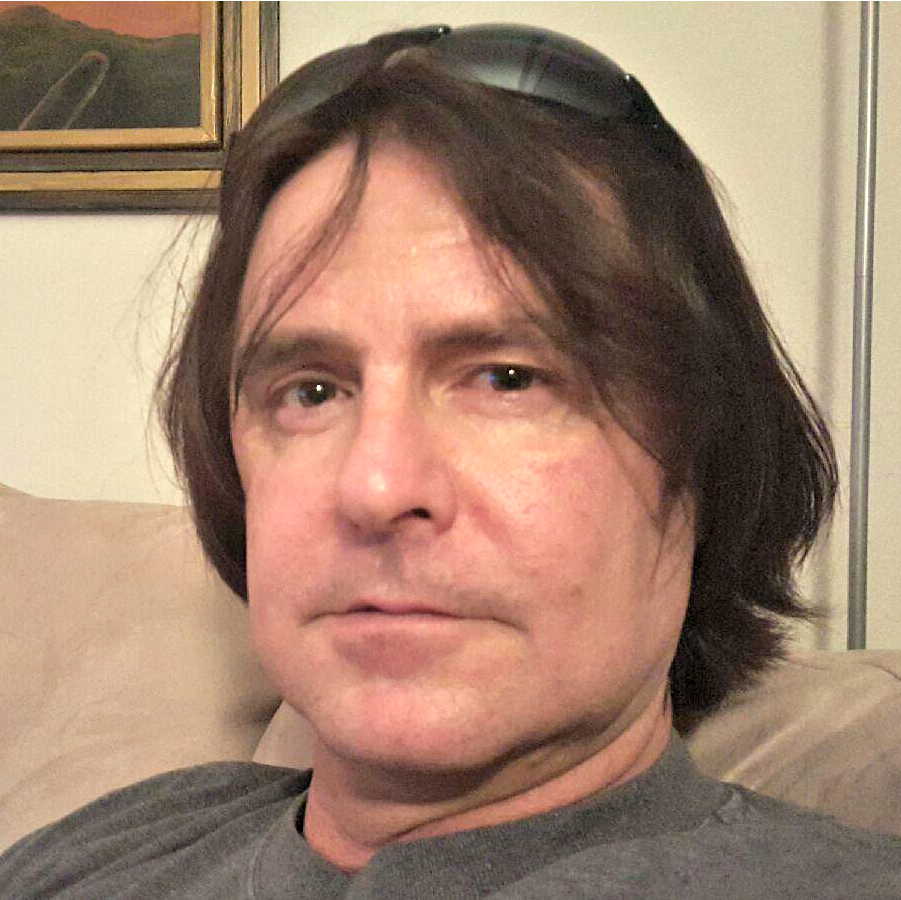 I Am My Own Best Healthcare Advocate: Michael’s Story

I am writing to share my story with the hope that it can help other people who may find themselves in a similar situation. I was misdiagnosed three times in November 2012, when I sought help for what I would describe as classic signs and symptoms of deep vein thrombosis (DVT), or blood clots in my legs.

On October 12, 2012, I woke up with a sore heel and slightly swollen right ankle, for no reason at all, which got worse throughout the day. On October 17, I had a doctor’s appointment. The physician’s assistant asked me about my right ankle, because I was wearing a brace and was using crutches. I told her it started hurting the week before, for no reason. She asked me if I have ever had gout, and I said yes. She wrote a prescription for medication for gout, which I never filled because I knew it was not gout. I had experienced gout many times over the years. She also ordered an X-ray for my right ankle in case it did not get better.

On October 18, I drove to Louisiana, because I was told that my uncle was not well, and if I wanted to see him again, I needed to get there right away. I drove back home on October 24, still wondering why my ankle was swollen and painful. The next week, I went to the gym for the first time since this happened, with no incidents, but I was still wearing the ankle brace. On November 2, I woke up in the morning and my calf and ankle were extremely swollen. My hamstring was tight and achy as well. My ankle was really hot to the touch. I could not understand why this was happening, because I had not injured myself the previous day at all.

The following day was November 3, and the swelling of my right ankle and calf and pain in my right hamstring were all unbearable, so I went to a clinic of the same healthcare system I used before. I could not stand on my right leg for a second. The pain became overwhelming, even while not putting pressure on it, when standing on my crutches. My ankle and calf were hot to touch, as well as swollen. The Popliteal tendon on the backside of the knee was also swollen, along with my hamstring. When I asked the physician’s assistant I saw that day why it was hot, he said it was due to the swelling. I told him about the issue I previously had with my right ankle, and he responded by saying it was the result of that same ankle issue. I explained the circumstances of how it presented itself, and that I had just returned from a trip to Louisiana about a week before. He said the ankle injury was working its way up my leg, resulting in the swelling of my calf and ankle. He told me not to worry about it and to just keep walking on it. I did nothing for the next two weeks.

On November 18, I went back to the same clinic and told the same physician’s assistant that my ankle and calf were not getting better, and the swelling around the calf and ankle was still there, and still warm to the touch. His response was that he could see the swelling around the ankle and calf, and the reason it was taking so long to get better was because I was getting older. I asked if it could be edema, and he said it wasn’t. I told him I switched my multi-vitamin since I recently turned 50 years old, and he said that was not a good idea. He said switching could cause the swelling and to go back to what I was taking before, so I did. I thought this was a ridiculous statement, especially since I had only been taking it for less than a week. I walked out of the clinic in disbelief of what I had just heard, but trusted him as the medical professional. I still did nothing for the next two weeks.

On November 26, I woke up with a slight sore right ankle, for no reason at all, which got worse throughout the day and began to swell. My right calf began to swell too. The next day, my left ankle began to get sore and swollen. On November 28, both ankles were swollen, which made it painful and hard to walk. On November 29, I went to another clinic in the same healthcare system and had an X-ray done of my right ankle, hoping I would get the results to explain what was going on. I didn’t get any results that day. Later that evening, I could hardly stand, much less walk because both my ankles, my feet, and my Achilles Tendons were swollen and hurt to stand on. The following morning, I woke up and could not stand or walk. The pain was excruciating, so I had a friend pick me up and take me to the emergency room of the same healthcare system.

I waited for nearly 10 to 12 hours before I was seen by a doctor. By this time, I told them I must have developed a flare up of gout on my right toe and foot, or so I thought. Instead of doing a Uric Acid blood test to check, they wrote it down as my diagnosis. It was gone the next day, so I know it was not gout, but instead thought it had something to do with what was going on in the swelling of my feet and ankles. X-rays were done on both ankles, which did not show any signs of a fracture. I was released approximately 14 hours after first showing up to the ER. All they said was I had sprained my ankles, and they prescribed pain relievers and crutches. I asked the doctor how I could have sprained my ankles in my sleep, because I wasn’t doing anything, and he had no reply. I was picked up by a friend, and I spent the next few weeks recouping and resting. I sat around for the next couple months, desperately trying to figure out what was going on with me.

I was finally diagnosed correctly with blood clots in February 2013, when the same symptoms presented themselves once again, and I visited a different healthcare and hospital system. Unfortunately, by this time, I developed massive bilateral blood clots in my lower extremities and a pulmonary embolism in my lung, which resulted in the placement of an IVC filter in the vena cava in my chest. The IVC filter was removed after 11 months, and the week before I was taken off blood thinners, I developed another PE. My complaints of symptoms went ignored for over a month. I drove to the hospital and demanded my hematologist do some tests, which they did, due to my persistence. They took some blood for a D-Dimer test, and diagnosed me with Post-Thrombotic Syndrome. I was told not to worry and that I could do normal activities over the weekend, since it was Friday, and the results would not be back until Monday. So, I went jet skiing, worked out at gym, and helped move furniture over the weekend.

On the following Monday, I got the D-Dimer results over the phone, which were well above the normal range. I demanded they order a Doppler ultrasound of my lower extremities, which came back with chronic non-occlusive DVT – the same result as my last four tests. The following day, I asked that they do a CT scan of my chest, which they finally ordered, after I called the radiology department myself and asked that it be made a priority.

When I saw them approach me with a wheelchair, I knew it was not good news. Once again, I had a massive blood clot in my lungs. I was admitted immediately to the hospital where I was monitored, and doctors did tests for the next few days. They told me then, as I was also told in February, that my physical conditioning was probably the only reason why I was still alive. Fortunately, one of the clots in my lungs didn’t break loose and travel to my heart after all the weekend activities I did.

Since I had so much trouble getting a diagnosis and the damage was prolonged, I will have to take blood thinners for the rest of my life, and live with Post-Thrombotic Syndrome, which results in extreme swelling in my lower extremities from sitting or standing too long, as well as the development of ulcer patches. If I had been properly diagnosed to begin with, I could have been immediately treated with blood thinners and perhaps would not have had to have long-term treatment. Furthermore, if my symptoms had been properly documented by my original doctors, maybe the staff that treated me would have done the correct tests to see why I was still having blood clot symptoms.

I am sharing my story because I am reminded every day that I have this condition that could have been prevented, or could have been less severe in consequences. My DVT is now chronic, and I still have blood clots on the walls of my collapsed veins in my lower extremities, which have not dissolved. My advice to anyone who reads this is always check your medical records after visits for accuracy and thoroughness, because it will help the next provider with your diagnosis if your present symptoms are related. I didn’t even think to get my medical records until six months later, and I was astonished at what was documented, or not documented, correctly and completely.

This is a condition that a lot of people are not aware of or know little about, including some healthcare providers, but it is a silent killer that takes many lives. This condition does not discriminate based on gender, age, or ethnicity. I was one of the lucky people in the sense that I presented symptoms, but unfortunately, my symptoms were ignored initially. I am lucky that the blood clots in my lungs did not break loose and travel to my heart, on two separate occasions. Some people do not show symptoms of blood clots, and they are only discovered during an autopsy. Looking back, I wish that I had seen a healthcare provider in November of 2012 who knew about blood clots. What I know now is, I am my own best healthcare advocate, and it is up to me to ensure I am getting the best care possible.