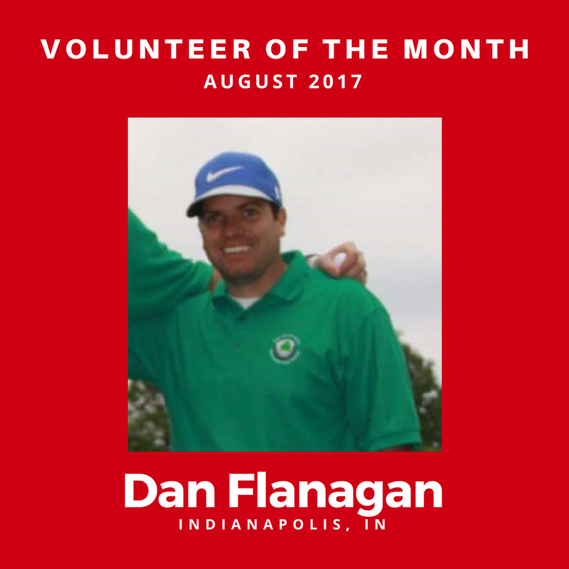 Dan Flanagan became involved with NBCA in 2011 after the tragic passing of his father, Jim Flanagan. Jim had a clotting disorder and a history of blood clots over a 20 year period. Despite being on blood thinners, living a healthy lifestyle and seeing his doctor regularly, he suffered a fatal pulmonary embolism in January 2011.

Dan, and his brothers, Steve and Andy, wanted to create an event that would benefit NBCA while being a meaningful tribute to their Dad. As Jim was an avid golfer, it made sense to celebrate his life while doing something he loved. Thus, the Jim Flanagan Memorial Golf Outing was born and Dan took the leadership role in making it an ongoing success.

Currently in its 7th year, this outing has continually grown in size and impact and remains one of our longest running annual events. Each year Dan strives to make the event even better and larger than the last. According to Dan, “There are a few others in our family who have also been diagnosed with the same clotting disorders and may have to face some of the same issues as our dad in the future. We do not want that to happen.”

All of us at the National Blood Clot Alliance are most grateful to Dan for his ongoing efforts in bringing our important mission to the local level in the Indianapolis area. Congratulations, Dan. You’re continuing your dad’s legacy of being an incredible man, father and friend.