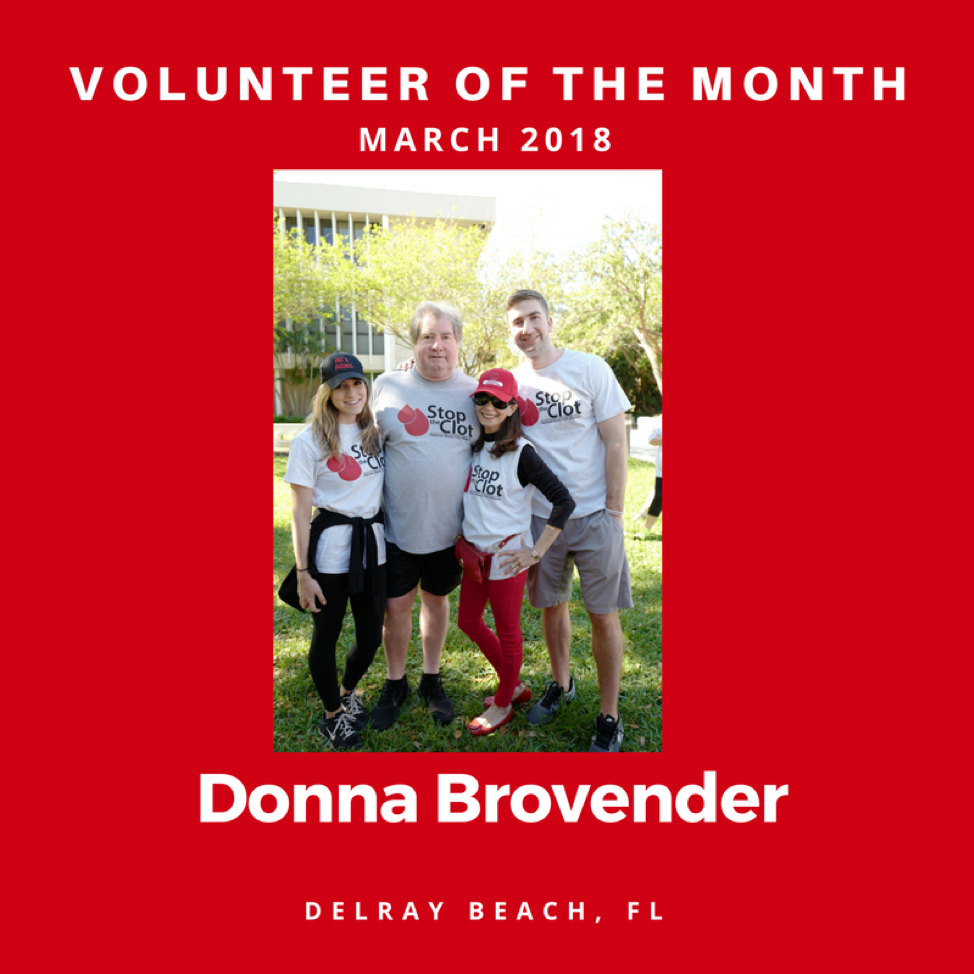 Thirty-five year old Ali Senser died of a pulmonary embolism (PE), or blood clot in her lung, within 48 hours of giving birth to her third daughter in March of 2016. Her mother, Donna Brovender, reached out to NBCA almost exactly one year later. She was determined to get involved and make a difference in an effort to raise awareness and funds, while hopefully preventing other people from experiencing a similar situation.

Within two months, Donna and her family signed up to participate in the NYC Walk to Stop The Clot® and raised over $12,000. Shortly thereafter, Donna’s son, Evan, registered with Team Stop The Clot® to run the TCS New York City Marathon. He successfully raised over $7,000.

When Donna visited NYC for Evan’s marathon, she was ready to do more – this time for Blood Clot Awareness Month, since it coincided with the two year anniversary of Ali’s passing. Donna put all of her efforts into organizing the Walk to Stop The Clot® in memory of Ali Senser, held on March 4 on the grounds of Ali’s Alma Mater, Nova Southeastern University in Fort Lauderdale, Florida. Thanks to the generosity of many of the same donors to our NYC Walk and Evan’s marathon, more than $8,000 was raised through this Walk.

Donna, you are an inspiration. We are grateful for your dedication to raising funds and awareness, and we look forward to a continued partnership with you and all of Ali’s family.