Skip to main content
Home / News / Statement By Joseph C. Isaacs, msph On Behalf of The National Alliance For Thrombosis And Thrombophilia

Statement By Joseph C. Isaacs, msph On Behalf of The National Alliance For Thrombosis And Thrombophilia

Statement By Joseph C. Isaacs, msph On Behalf of The National Alliance For Thrombosis And Thrombophilia 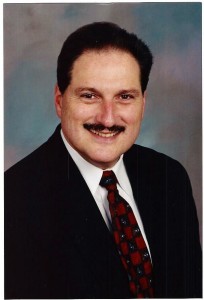 My name is Joseph C. Isaacs.  Professionally, I am a management consultant and health affairs specialist.  I am here today as a constituent and Communications Committee member of the National Blood Clot Alliance(NBCA).  NBCA is a patient-led advocacy organization providing patient education and professional training on the signs, symptoms and prevention of blood clots and clotting disorders. NBCA combines the unique perspectives of healthcare providers, individuals afflicted with clotting disorders and community leaders who are passionate about this healthcare crisis. We were very pleased to be awarded two CDC cooperative agreements to educate patients and health professionals to promote the prevention of blood clots.

This past year, I experienced not one but two deep vein thromboses (DVTs) or venous thromboemboli (VTEs) in my left leg after undergoing arthroscopic knee surgery.  Each time, I had to inject myself with an anticoagulant, in my abdominal tissue twice a day for several days before moving on to daily doses of blood thinning medication orally and going weekly to the lab for a blood test to monitor my INR level.  Through further tests by a hematologist, I have since learned that I have some level of genetic predisposition to clotting that will require my remaining on blood thinners and monitoring my INR level for the remainder of my life.

My surgery was among the least invasive for knee repairs, but the clotting possibilities were real and apparently did not register a concern with my doctor who took no precautions to prevent their formation.  I am over 50 years of age and for my age cohort, the risk for clotting post arthroscopic surgery is just under 10% and probably much higher with my underlying predisposition.  Had I had more invasive knee surgery or knee replacement, this risk rate rises to 4-6 in 10.  That’s a range of 10 to 60 percent probability that a clot will develop for a male my age undergoing such surgery, yet many surgeons do little to prevent this highly likely occurrence despite having the ability to do so. As a component of its “STOP THE CLOT” campaign, NBCA recently created a helpful chart on what consumers need to know about their clotting risk.  A copy of this public education piece is appended to my written remarks.   Click here to view NBCA’s Stop The Clot risk tool.

I was just fortunate that my deep venous thromboembolism did not progress to a life threatening pulmonary embolism (PE), which accounts for more than 100,000 patient deaths each year (and perhaps as many as 300,000 per year according to data from the Mayo Clinic).  Just to provide a sense of where the lower figure stands against other important public health interests, the deaths from PE are greater annually than from breast cancer, AIDS and traffic accidents combined.  While I am reducing my risk of PE with medication, the threat remains.  The fact is that a venous thromboembolism (VTE) is the most common preventable cause of hospital deaths and it does not discriminate by gender as it is also the leading cause of maternal mortality in the United States.  The risk of VTE also increases dramatically beyond age 65.  With the aging of the “baby boomer” generation, our elderly population will increase dramatically over the next 30 years, as will the prevalence of VTE.  Each prevented VTE averts between $17,500 and nearly $26,000 in medical expense yearly per case should a DVT progress to a pulmonary embolism.  Annually, more than 650,000 Americans develop VTEs, according to the Surgeon General’s office (and perhaps as many as 900,000 according to the Mayo Clinic).  Reducing the prevalence of VTEs and PEs by 50 percent would result in a reduction of more than $7 billion in annual medical care costs.

In June of this year, the National Blood Clot Alliance(NBCA) was privileged to join with various DHHS officials and representatives of several other leading voluntary health organizations addressing blood disorders in a workgroup on the Health People 2020 Objectives.  That event was hosted by the National Heart, Lung and Blood Institute of the National Institutes of Health.  That day, consensus was achieved on a host of critically important blood disorder-related objectives.  As NBCA’s representative at that event and today’s public meeting, I am grateful for this opportunity to convey NBCA’s fullest endorsement of the following clotting-related objectives and sub-objectives that were reported out by the working group, as well as other recommendations drawn from the 2008 U.S. Surgeon General’s “Call to Action” to Prevent DVT and PE:

Many individuals, who are otherwise healthy, are subject to VTEs.  For example, individuals who fly long distances (> 5 hours) are at increased risk of developing both asymptomatic and symptomatic VTE.  Those with underlying risk factors are even more at risk.  Not captured in this rate are long distance travelers who use other means of transportation (e.g., cars, trucks, busses, trains, etc.) where lack of movement can be detrimental to adequate blood circulation in the legs.  The study that estimated the rate among air travelers demonstrated that a simple precautionary measure, i.e., wearing compression socks or tights during travel, would effectively prevent VTE development. Awareness must be raised.

Sub-objectives, in accordance with the Surgeon General’s recommendations, would include:

(c)      Increase the proportion of referrals/access to hematology specialists for management of VTE.

NBCA endorses the following actions recommend by the Surgeon General to address further this clinical setting-based objective and sub-objectives.

The Healthy People 2010 Objectives did not specifically address clotting issues despite its significant frequency, preventability and life-threatening potential.  The public health impacts of VTEs and our health system’s capacity to avert their formation in many cases have since been widely acknowledged by the U.S. Surgeon General, various governmental agencies within DHHS, prominent clinical care quality accreditors and by leading voluntary health organizations such as NBCA.  The justification and support for inclusion of the VTE objectives in the Healthy People 2020 Objectives is undeniable.

On behalf of the 650,000-900,000 Americans like me who annually suffer VTEs, I urge the inclusion of the described objectives and sub-objectives and thank you for conducting these important Public Meetings to allow groups like the National Blood Clot Alliance to share its views on the Healthy People 2020 Objectives.