How is DVT diagnosed?

In the diagnosis of DVT, the physician considers the patient’s specific risk factors, the patient’s symptoms, the physical examination, other possible explanations for the symptoms, and the results of objective tests, such as some method of imaging or seeing the clot.

The first diagnostic method that is usually performed to image or see the clot is ultrasound—specifically, duplex ultrasound. “Duplex” refers to the two parts of the process:

Part One of the Duplex Ultrasound Process:  In the first part of the process, brightness modulation ultrasound (also known as B-mode ultrasound) is used to obtain an image or picture. The ultrasound machine creates high-energy sound waves (ultrasound) that are bounced off internal tissues and make echoes. The patterns of these echoes form an image, which is then shown on the screen of the machine. While imaging the deep veins of the leg, the sonographer (the person who operates the ultrasound machine) tries to collapse or compress the veins. If a vein cannot be compressed because a clot prevents the vein from collapsing, a DVT diagnosis is made. The ability to completely flatten a vein with compression is the most useful way to be certain that a clot is not present.

Duplex ultrasound successfully identifies 95 percent of deep vein thromboses that occur in the large veins above the knee.

The ability of duplex ultrasound to detect DVT in the large veins above the knee is so good that when the test is positive, no further testing is necessary and treatment may be started. Conversely, if the test is negative, the chance that there is a DVT is so small that treatment may safely be withheld.

This technique is not as good at detecting DVT that occurs below the knee or in the calf veins, however. Duplex ultrasound successfully identifies only 60 to 70 percent of calf vein thromboses. Even when such a diagnosis is made, it is correct only 60 to 70 percent of the time. While calf vein thromboses account for 20 percent of all DVT cases, only one in five these thromboses ever grows in the first week or two after it is initially suspected. Also, calf vein thromboses are less likely to break free and travel to the lung or “embolize.” Therefore, if the ultrasound is negative, even though a DVT may be present in a calf vein, treatment may be withheld and the ultrasound repeated in five to seven days if the symptoms persist. Calf vein thrombosis may be treated like superficial thrombophlebitis. Most physicians prescribe anticoagulants in such cases, however, because a DVT in a calf vein can lead to a larger, more proximal DVT that can break off and migrate to the lung. 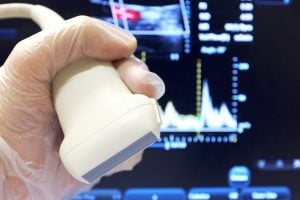 Abnormalities of the veins are common after DVT, making it difficult to diagnose a recurrent clot. For instance, half of the time the results of the duplex ultrasound remain abnormal one year after the first episode of DVT. Consequently, if duplex ultrasound is being performed to determine whether a new clot has developed, lack of compression or absence of blood flow does not prove the existence of a new clot unless a new segment of the vein or a different vein is involved.

If the ultrasound is negative, yet the patient’s symptoms are severe or a DVT is strongly suspected, the next step is either a venogram (venography) or magnetic resonance imaging  (MRI).  Sometimes the ultrasound is negative because there is a clot in a vein in the pelvis, hidden from the ultrasound. Although isolated pelvic vein thrombosis is uncommon, it can occur in women who are pregnant or who have recently delivered a baby, in people who have had pelvic cancer, or in people who have had recent pelvic surgery.

Until recently, venography using x-rays was used to diagnose DVT. During venography, contrast dye (usually an iodine dye), which helps blood vessels show up clearly on x-ray, was injected into a vein in the foot. A series of x-rays of the veins was then taken, looking for blockages. Today, the use of x-ray venography has been almost entirely replaced by the use of ultrasound and magnetic resonance (MR) venography, because x-ray venography is “invasive” and can be painful. The MR machine uses pulses of radio-frequency waves to cause hydrogen atoms to line up within tissues. When the pulse stops, the hydrogen atoms return to their natural state. In the process, they give off a signal that the machine converts into an image. Different tissues give off different signals. Because clots give off different signals than flowing blood, MR can be used to detect a thrombosis.

MR venography does a better job of imaging the veins in the pelvis, abdomen, and chest than ultrasound does. Because it does not require compression, this technology can be used to detect clots in limbs inside of plaster casts. Overall, MR may be superior to ultrasound, but it is a much more involved test and costs much more than ultrasound.

After a blood clot starts to form, another series of reactions normally begins to dissolve (that is, lyse) the clot. Fibrin, which forms the mesh that holds the platelets firmly in place within a clot, is a solid that is formed from fibrinogen, a specialized protein (clotting factor) found in blood. (See Question 3.) These fibrinogen molecules are strung together end-to-end and cross-linked within fibrin.

During the lysis process, fibrin is broken down or degraded by an enzyme called plasmin. Plasmin cuts the strands of fibrin on either side of what were the ends of the fibrinogen molecules. The ends are called “D” units. A dimer is a pair, so the D-dimer is a fragment of cross-linked fibrin that consists of two “D” units. D-dimers can be present in a variety of conditions, including the formation of a blood clot. While the presence of D-dimers does not guarantee that a blood clot is present, it is a clue that the clotting process has begun. It D-dimers are absent, however, it is very unlikely that a blood clot has begun to form. For that reason, a blood test for D-dimers is often performed to ensure that a blood clot is absent. 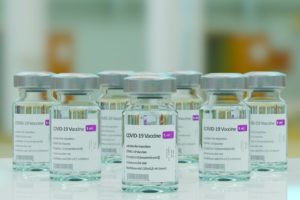 May 6, 2022 The US Food and Drug Administration announced in a recent statement that they decided to limit the…
Get the full story » 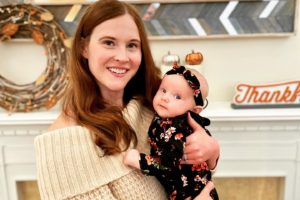 May is Women’s Health Month

May is Women’s Health Month. The National Blood Clot Alliance is raising awareness about the unique risk factors that women…
Get the full story »
Get more news »

We know the anxiety and stress that may arise after experiencing a blood clot. This is something that should not be ignored! Head over to https://bit.ly/TSTCGroup to join our Facebook support group.
#bloodclotsurvivor #bloodclotawareness #lookafteryourmentalhealth