Skip to main content
Home / Patient Stories / Being Your Own Advocate Could Save Your Life: Tiffany’s Story

Being Your Own Advocate Could Save Your Life: Tiffany’s Story 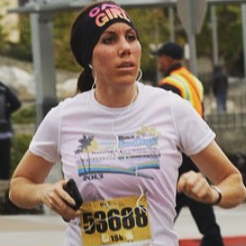 Being Your Own Advocate Could Save Your Life: Tiffany’s Story

For my college graduation trip, I went to Hawaii with my family. After our red eye flight back to LAX, I got up out of my seat and had severe calf pain in my left leg. I attributed it to running and didn’t think much of it. The next day, it was still bothering me, so I went to the urgent care and the doctors believed it may be a blood clot. They ran an ultrasound which came out negative. They told me to go home, use crutches, and rest. Nearly two days later, my leg was still throbbing, and the pain reliever I was prescribed was not helping. It got to the point where I could not walk from my bedroom to the bathroom.

I went to the ER where they took a new ultrasound, which also came out negative. I was still in a lot of much pain, so my mom urged for more tests. The doctors ended up doing

an MRI, which showed one blood clot, but since it was below the knee, they did not want to put me on blood thinners. The next day, I followed up with a vein specialist who took a third ultrasound and found a second blood clot. He started me on low molecular weight heparin injections right away.

I was supposed to continue the injections on my own for one week. Unfortunately, the following morning – which was five days after I returned from Hawaii – I had severe chest pain. It felt like an elephant was stomping on my chest. I went to see my doctor, who then rushed me to the hospital, where they found out that one of the blood clots had moved to my lung. Within 12 hours, the blood clot had moved from my calf to my lung.

I was hospitalized for one week. After being discharged from the hospital, the doctors determined the following causes of my blood clots: I have two genetic blood disorders that I was unaware of, I was on a long airplane ride, and I was on hormonal birth control.

This minor setback slowed down my running career, but it has not stopped me. After using the walker, oxygen tank and crutches to recover, I started slowly running again. I started running to my vein, lung and blood doctor’s appointments, and I just ran my 43rd half marathon in December 2018 in 1:39:47, which is 7:38 pace per mile. Originally, after my DVT and PE, the doctors said I may not be able to run again, but I proved them wrong.

My best advice to others going through something similar is to be persistent and be your own advocate because it could save your life.